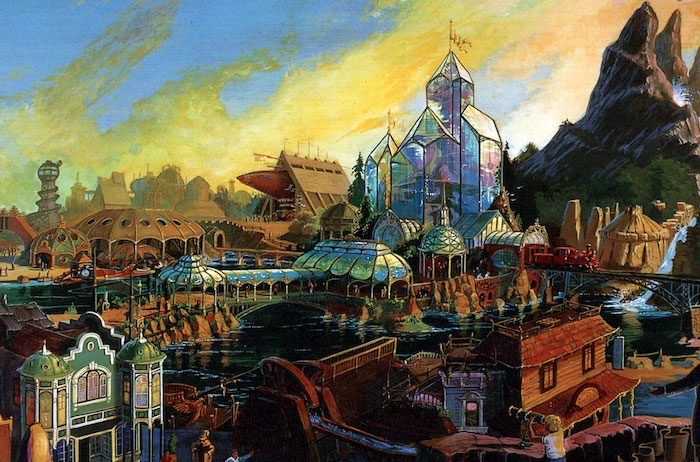 Discovery Bay would have been tied to a television series that was also not made. However, the main character from the series, Jason Chandler, made it into the Society of Explorers and Adventurers and is represented in several Disney parks, including inside Skipper Canteen at the Magic Kingdom and in a Soaring: Fantastic Flight preshow room at Tokyo DisneySEA.

Jules Verne-style science fiction would have inspired the land, which is one of the most infamous unbuilt concepts in Disneyland Resort history. The designs would later go on to influence Discoveryland at Disneyland Paris, the original Journey Into Imagination, and more.

The land Discovery Bay would have occupied is now partially taken up by Star Wars: Galaxy’s Edge. References to Chandler can be found in Frontierland near the entrance to Galaxy’s Edge, as pictured above.

Do you wish this land would have come to a Disney park? Let us know in the comments.