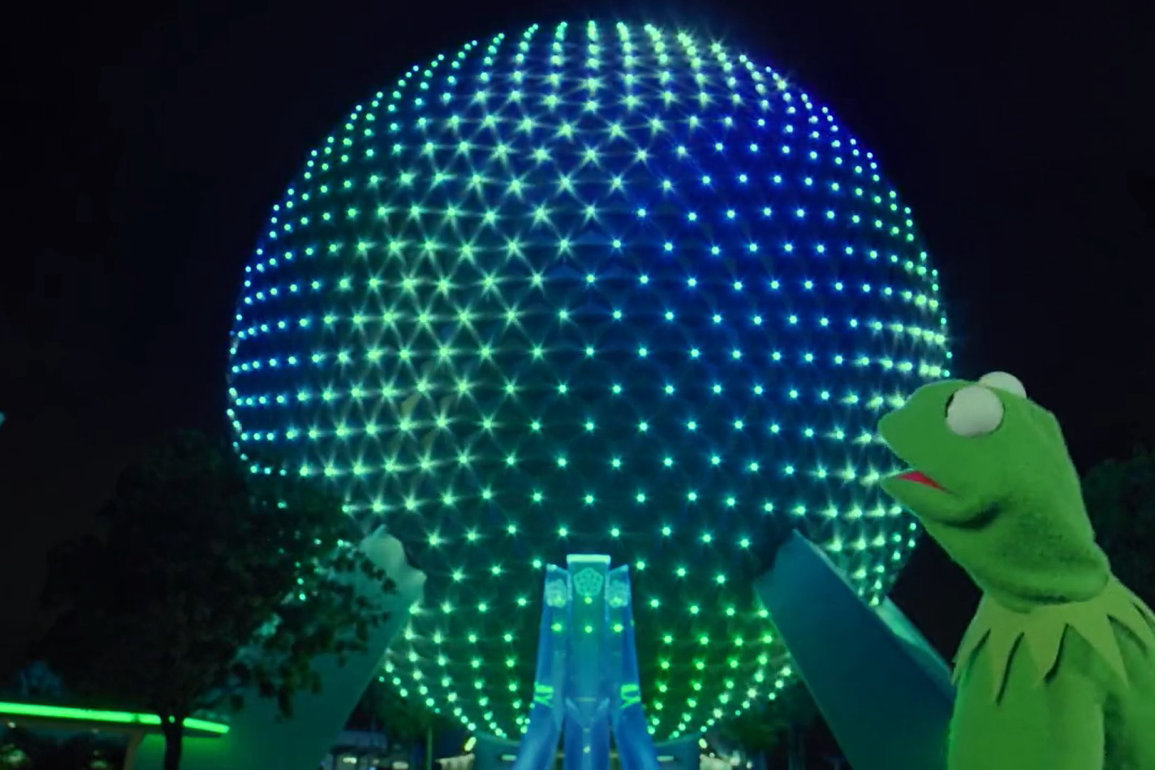 April marks Earth Month, and to celebrate being green, Disney Parks brought in a special guest to EPCOT: Kermit the Frog!

Kermit helped to light up Spaceship Earth in a blue and green pattern, vaguely resembling the planet we all call home.

It’s unclear as of the writing of this article if the globe-style lighting was exclusively for the video, or if it will be seen in EPCOT during the month, but it does serve as a nice compliment to the EPCOT International Flower & Garden Festival, which is currently underway at the park. The attraction does have a special “Colors of the Wind” lighting show for the festival, which does feature similar color schemes.

Spaceship Earth’s original Beacons of Magic show featured globe-like patterns but in blue and white. The Muppets also were involved in a previous show, with the 2022 International Festival of the Arts light show set to “Rainbow Connection.”