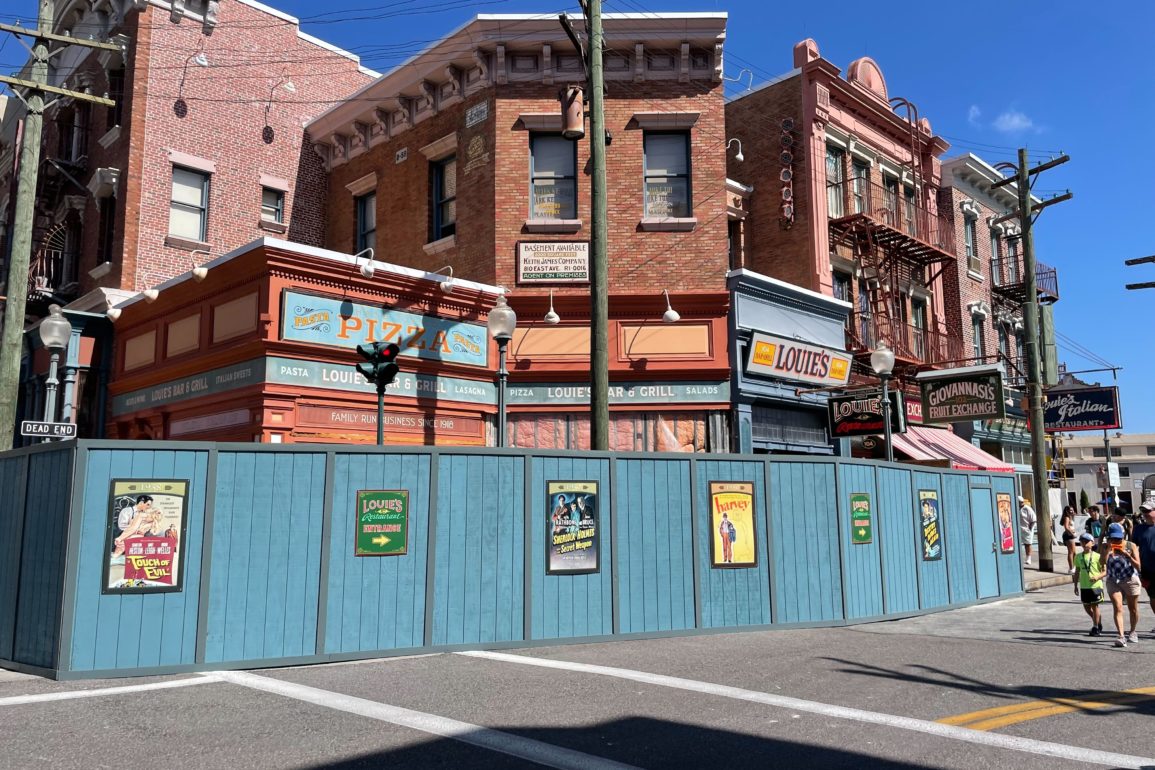 Construction walls are up around Louie’s Bar & Grill, and Guido’s Gelato is closed for refurbishment in Universal Studios Florida.

The main entrance to Louie’s is blocked off, but it remains open. Guests can enter through the side near Fast & Furious: Supercharged.

The blue construction walls have signs directing guests to the Louie’s entrance and are also decorated with retro movie posters.

One wall has been completely stripped, revealing the steel and insulation inside.

Guests can usually order gelato from Guido’s at a side window, but it is currently blocked off.

Team Members said the floor is being redone. The work will take approximately six weeks.

Gelato is unavailable for now, but they hope to set up a stand outside to sell gelato during the extended closure.

Inside, temporary walls block off the Guido’s side of the restaurant.

Black tarps hang from the ceiling.

The next time we visited, we saw crew members working on the exterior of Louie’s.

Another wall had been stripped.

It was covered in clear plastic.

A crew member was using a crowbar on the corner.

The other wall had been covered with solid brown paneling.