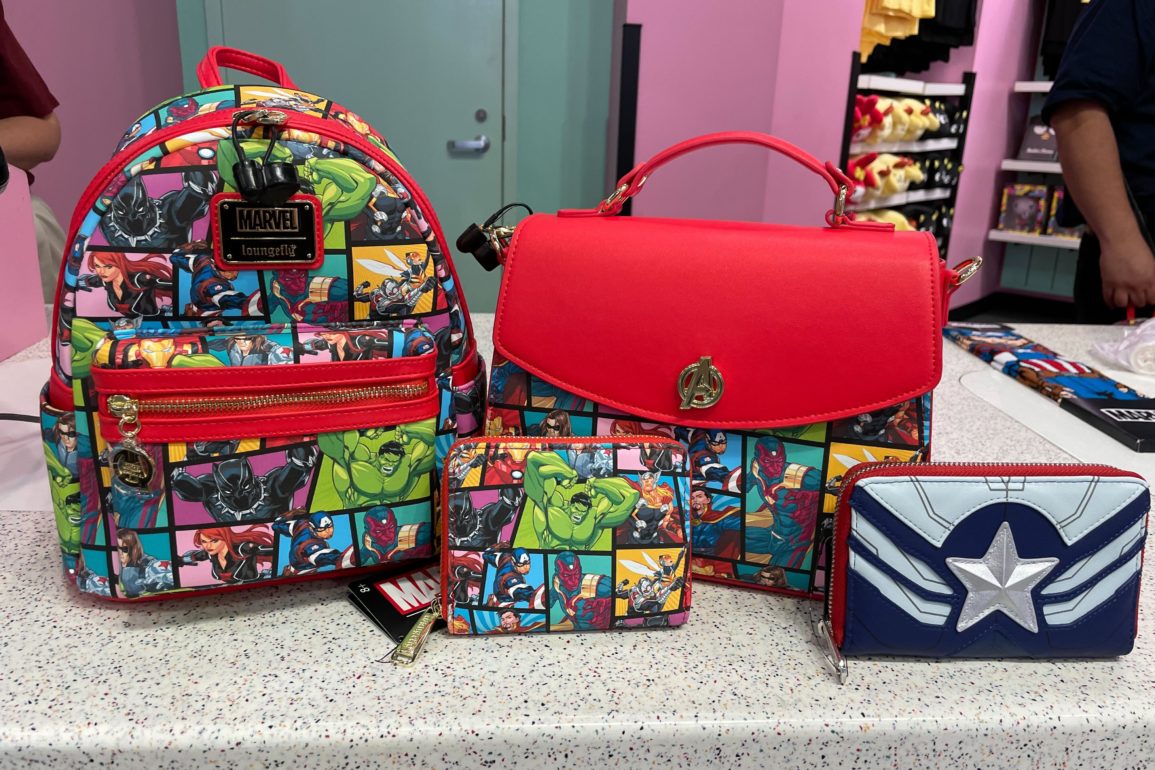 A new Loungefly collection inspired by Marvel comics, plus a wallet for “The Falcon and the Winter Soldier,” is now available at Universal Orlando Resort.

The Marvel comics collection includes a mini backpack, handbag, and wallet. These are all available in the Hello Kitty Store at Universal Studios Florida.

The zipper pull for the front pocket is the Avengers logo.

The straps and zipper lining are red.

This handbag has a red flap with the Avengers logo.

The handle is also red, and the comic strip print is beneath the flap.

The comic strip print is on the back too.

It includes a detachable crossbody strap.

The interior lining is red and patterned with superheroes.

The inside is black with two red card slots.

“The Falcon and the Winter Soldier” Wallet – $55

This wallet resembles Sam Wilson’s Captain America uniform, with a silver star against a blue and white background on one side.

The other side has red and white stripes.

“The Falcon and the Winter Soldier” logo is on the plaque.

The interior lining is patterned with Sam Wilson’s Captain America logo. The card slots are red and white.