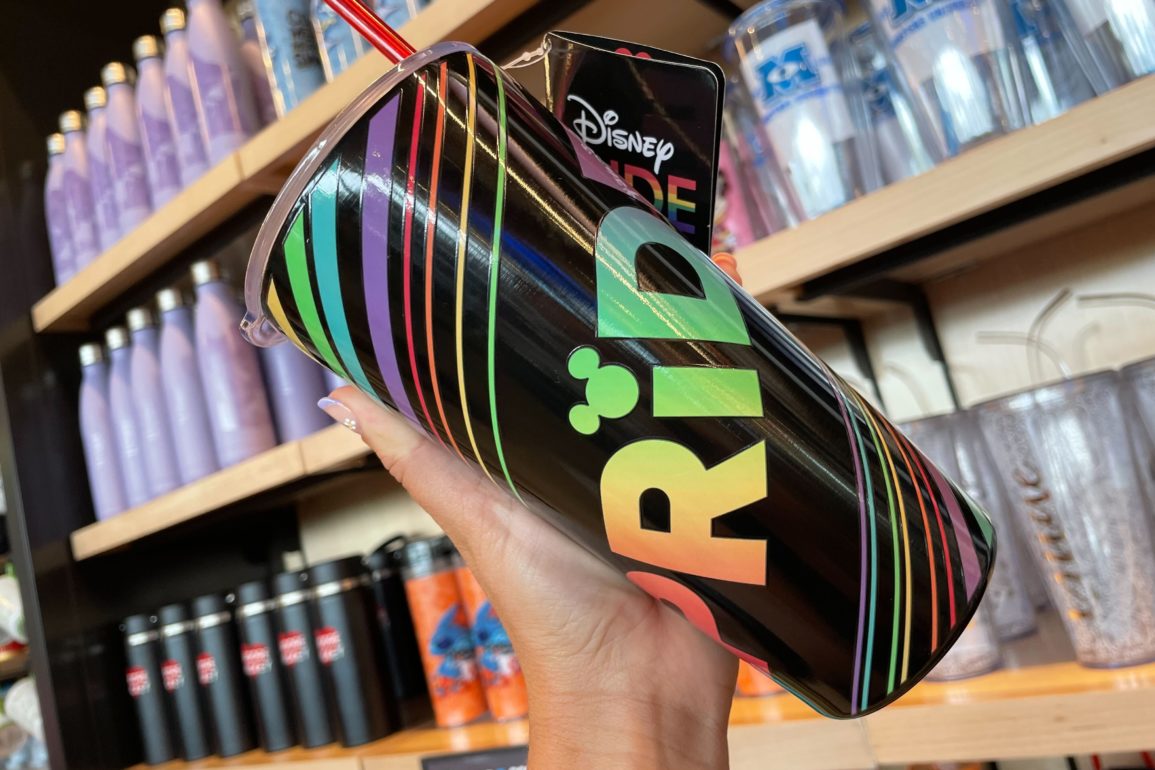 A rainbow tumbler has been released as part of this year’s “Disney Pride Collection” at Walt Disney World. The collection is being released ahead of Pride Month in June and we found the tumbler in Creations Shop at EPCOT.

The tumbler is black with thin rainbow stripes at the top and bottom.

“Pride” is across the center in rainbow lettering.

A Mickey head dots the “i.”

The cap is clear and it includes a red straw.

Pride jewelry has been released at Disneyland Resort.

The Walt Disney Company has faced recent controversy after donating to all the sponsors of Florida’s “Don’t Say Gay” bill. They initially made no direct statements against the bill, but CEO Bob Chapek eventually denounced it. The company paused political donations and has stated support for the LGBTQIA+ community.

The disagreement between The Walt Disney Company and the Florida Republican Party escalated further when Florida Governor Ron DeSantis signed a bill to dissolve the special district under which Walt Disney World has operated since its inception.