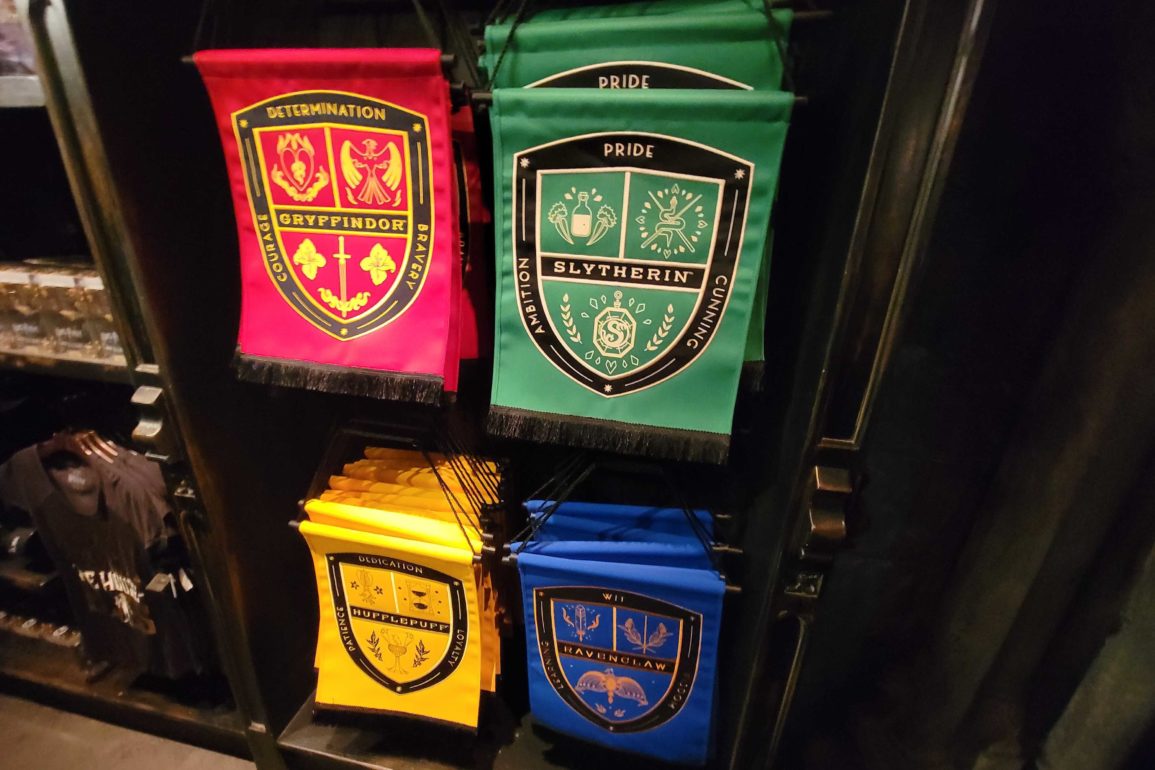 Show your Hogwarts house pride at home with one of these new banners available in The Wizarding World of Harry Potter at Universal Studios Hollywood. We found them in Filch’s Emporium of Confiscated Goods, at the exit of Harry Potter and the Forbidden Journey.

There are four banners, one for each house. They come on a dowel rod, with black rope to hang them and black fringe on the bottom.

The Gryffindor banner is red with a black and gold crest on the front. It lists the traits of determination, bravery, and courage. In the crest are images of a flaming heart, Phoenix, and sword.

The Slytherin banner is green with a black and silver crest. It lists pride, cunning, and ambition around potion materials, a snake, and Slytherin’s locket.

The Hufflepuff banner is yellow and lists dedication, loyalty, and patience in silver lettering on a black crest. The images are a mandrake, hourglass, and Hufflepuff’s cup.

The Ravenclaw banner is blue with a bronze and black crest listing wit, wisdom, and learning. A quill, wand, and Ravenclaw’s diadem are in the center.

Will you be hanging one of these on your wall? Let us know in the comments.

These banners are also available at Universal Orlando Resort.

Next
Wood Lantern Revealed Inside Connections Café and Eatery at EPCOT