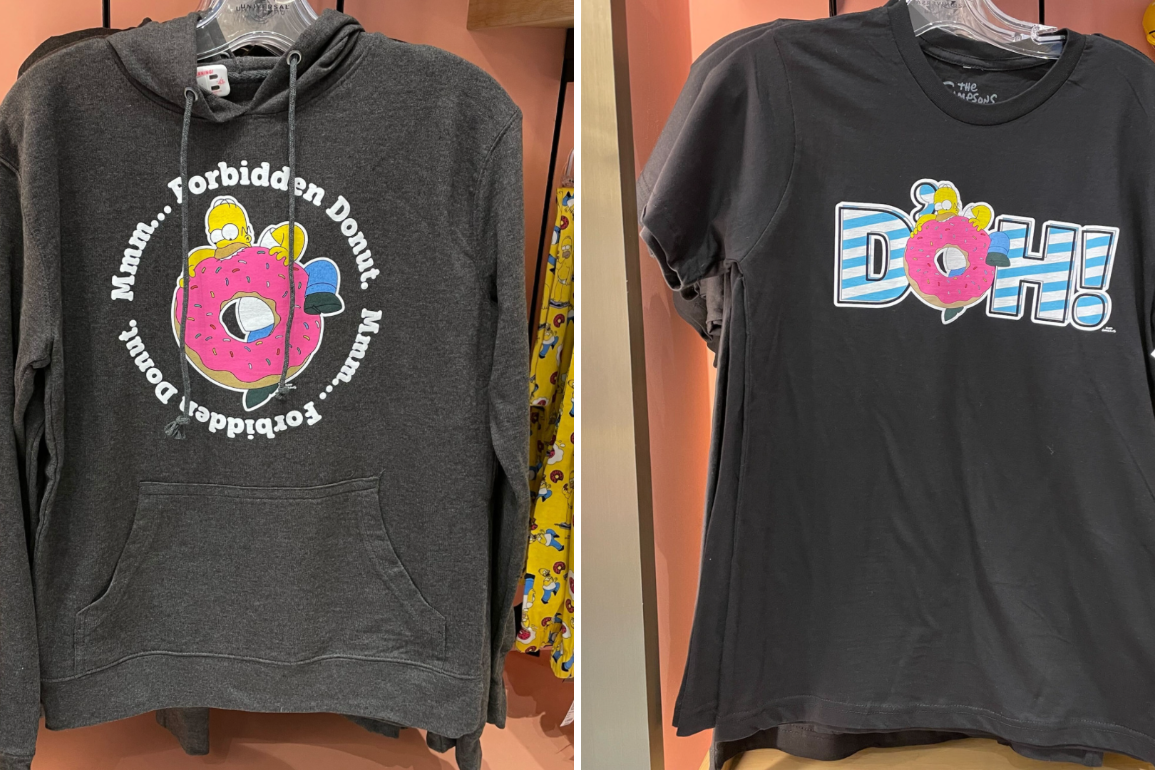 Some new “The Simpsons” apparel featuring the classic pink donut has arrived at Universal Orlando Resort.

This pullover hoodie is heather black with a large front pocket.

Homer bites into a giant pink donut on the front. White letters around him read “Mmm… Forbidden Donut.”

The tee is also black and has the same image of Homer and the donut, but this time it is in place of the “o” in “D’oh!”

The other letters are blue and white striped.

These can be found in the Universal Studios Store at CityWalk. Do you prefer the hoodie or tee? Let us know in the comments.

Previous
‘Love, Victor’ Series Coming to Disney+ After Disney Executives Had Pushed it to Hulu

Next
Face Masks No Longer Required on Disney Cruise Line Buses and Terminal in U.S.