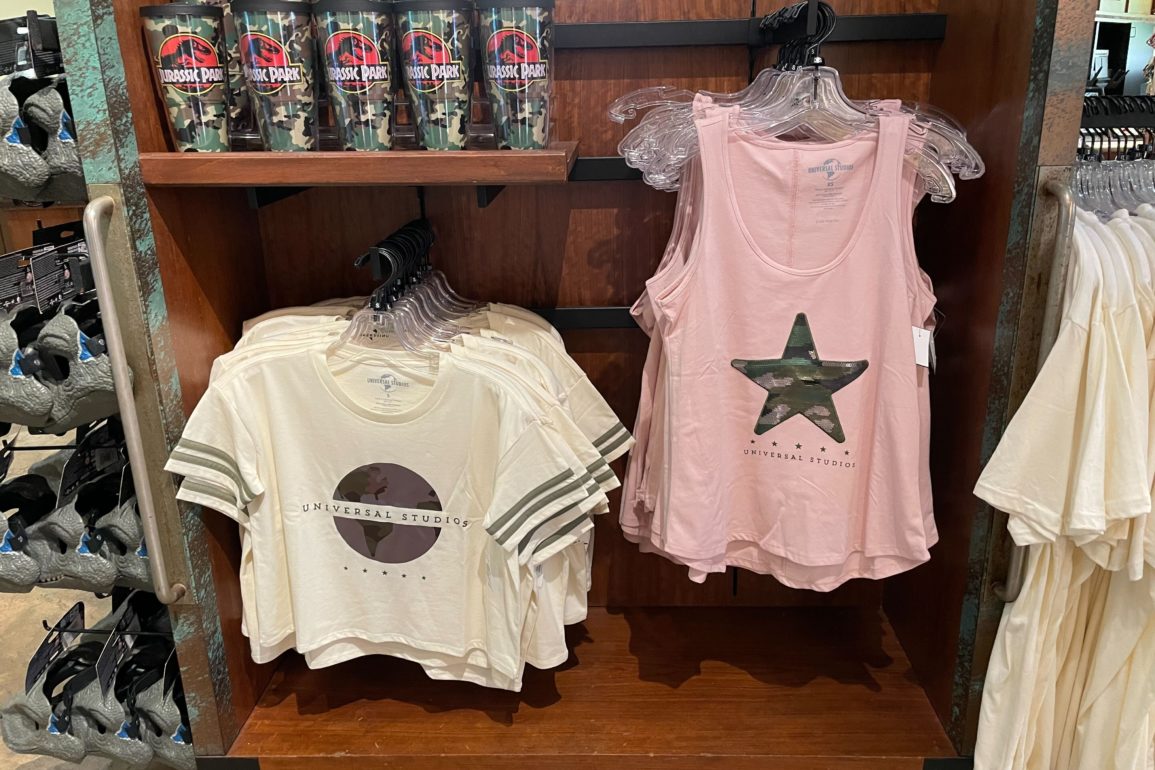 We found them in Jurassic Outfitters.

The tank top is pink with a camouflage star on the front.

The star is made out of sequins.

Smaller stars and “Universal Studios” are printed in green below.

This crop top is white with green stripes on the sleeves.

“Universal Studios” is in the center, crossing over a shiny camouflage globe.

Five smaller stars are beneath.

Which top would you wear? Let us know in the comments.