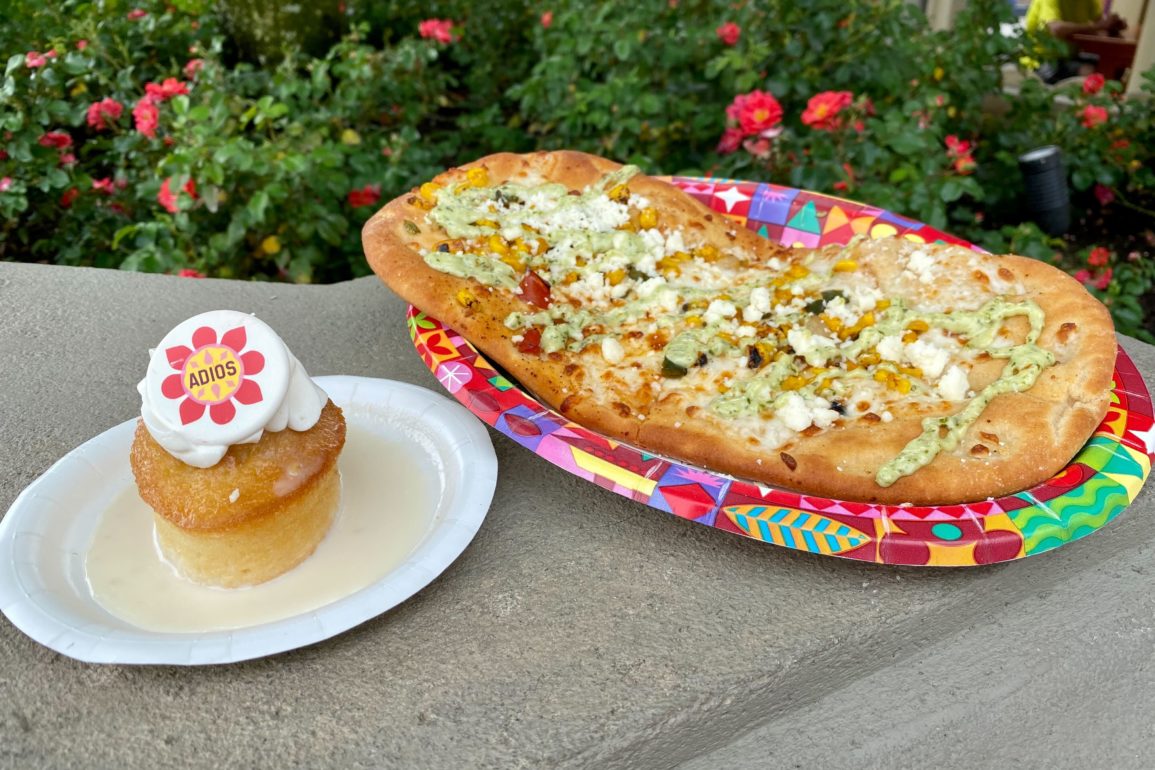 This is strange. It tastes just like corn and cilantro on bread with some cheese. The crust is your usual Pinocchio Village Haus flatbread. It’s not super crispy, but at least it was cooked all the way through.

The cheese was very granular. We think it was supposed to be like queso fresco or cotija.

The cilantro mayo doesn’t have a mayo aftertaste but tastes strongly of cilantro.

Something about the whole dish just doesn’t sit right. It’s too chewy with no crunch, followed by intense cilantro. There isn’t a lot of flavor aside from the basics, and the peppers were almost nonexistent. We would pass on this.

This is a much better snack than the flatbread.

The cake is nice and light. The coconut flavor is just on the tail end.

The milks are sweet and not heavy. They are mainly saturated on the bottom of the cake, but it still held up well.

The white chocolate medallion is not real white chocolate, so it’s just okay. It is a cute decoration referencing the “adios” sign at the end of “it’s a small world.”

We recommend this, especially over the flatbread.

Which new item would you try? Let us know in the comments.