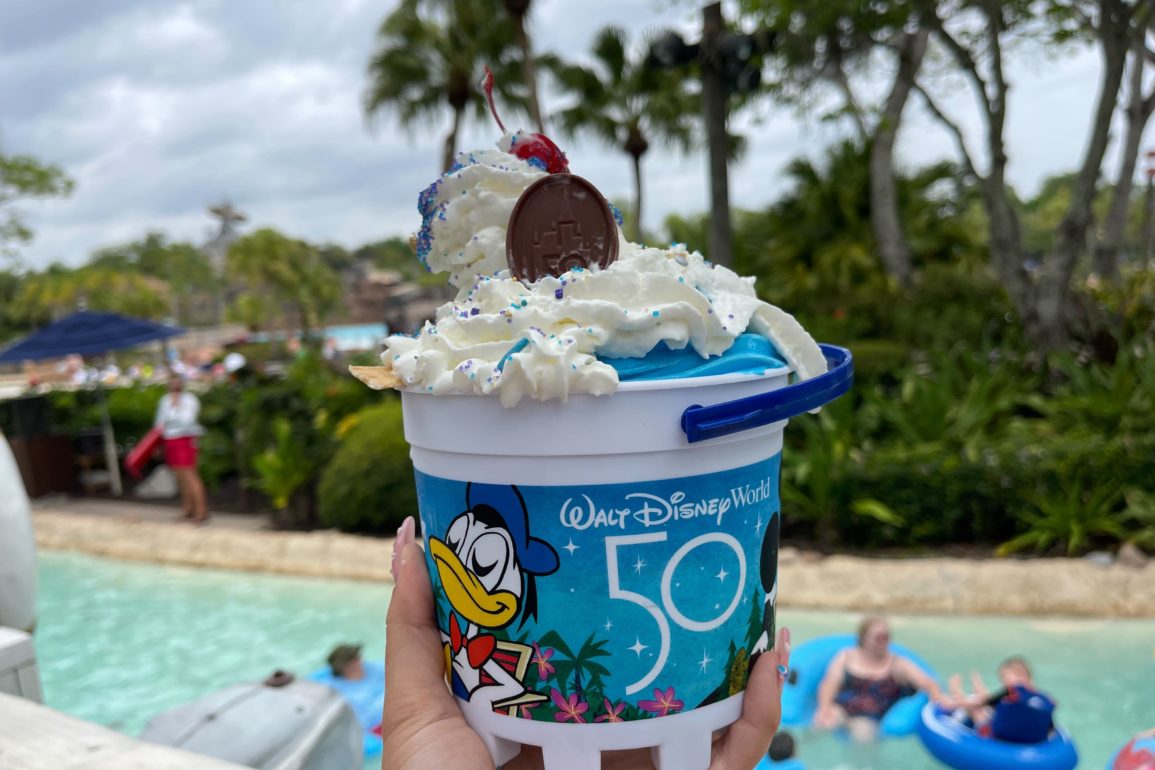 The bottom layer of this treat is cupcakes, followed by ice cream, then whipped cream, a cherry, and a 50th anniversary chocolate medallion. Unlike other sand pails from Happy Landings, this one doesn’t come with a shovel.

This sundae is sure to give you a sugar high, especially if you try to eat it by yourself, so definitely bring some friends to share it with.

The birthday cake flavor overpowered the regular vanilla ice cream, but that’s okay. The ice cream is dyed blue and will stain your hands, so be careful.

The medallion and waffle cone pieces add some texture and crunch to the sundae.

The bucket features the same design as the recently released 50th anniversary water park gift card. A large white “50” is under the Walt Disney World logo on one side. Donald and Mickey are relaxing on beach chairs with drinks.

Mount Mayday from Typhoon Lagoon and Summit Plummet from Blizzard Beach are featured in the background, with Goofy skiing off Summit Plummet.

Donald and Mickey are both in their swim trunks.

Will you be trying this sand pail treat? Let us know in the comments.