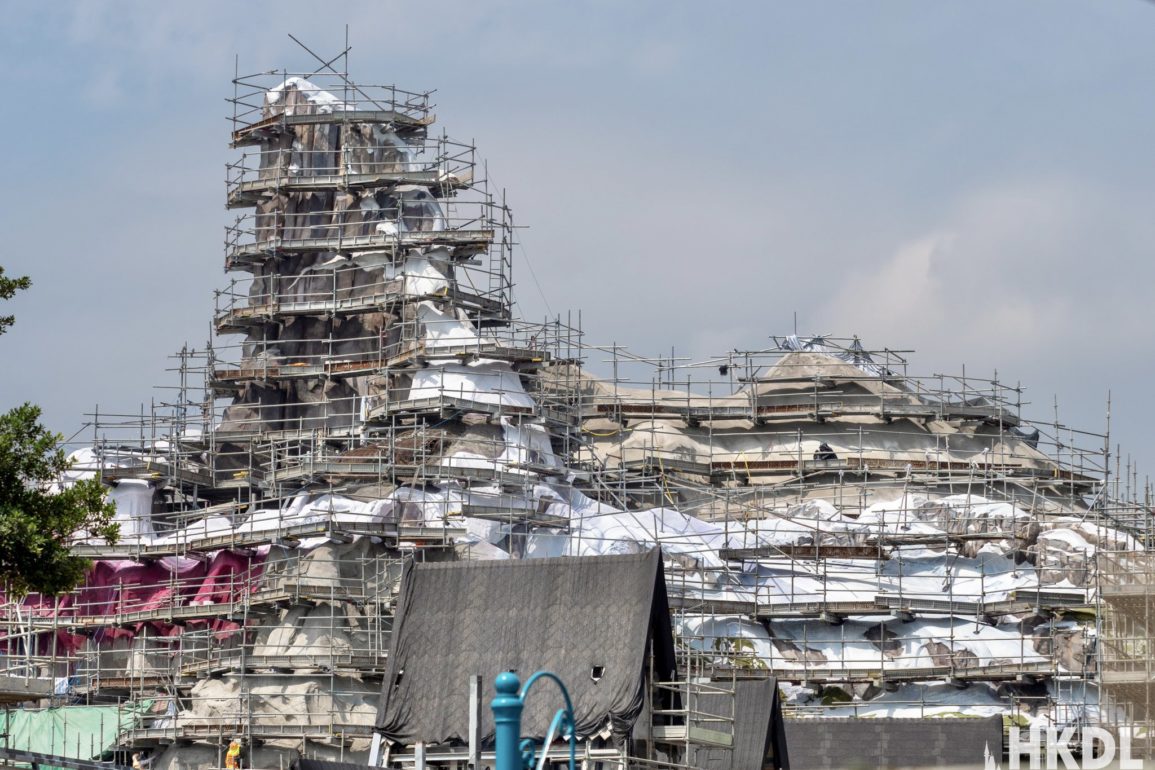 Hong Kong Disneyland has reopened, which means guests can once again sneak a peek at the construction of Arendelle: World of Frozen. HKDL Fantasy shared several photos on Twitter today.

The North Mountain is coming together, with snow on its peak and grass closer to the ground.

The mountain remains surrounded by scaffolding.

Crew members were working on some of the grassy parts.

A wall of Arendelle castle is also visible.

An actual clock has been installed on the clock tower, which is also still surrounded by scaffolding and sheer tarps.

Window frames were added to the buildings in the village.

The pathway between “it’s a small world” and the new land has been paved with bricks and temporary fencing was removed. The attractions inside the mountain of Arendelle: World of Frozen will be Wandering Oaken’s Sliding Sleighs and a clone of Frozen Ever After.