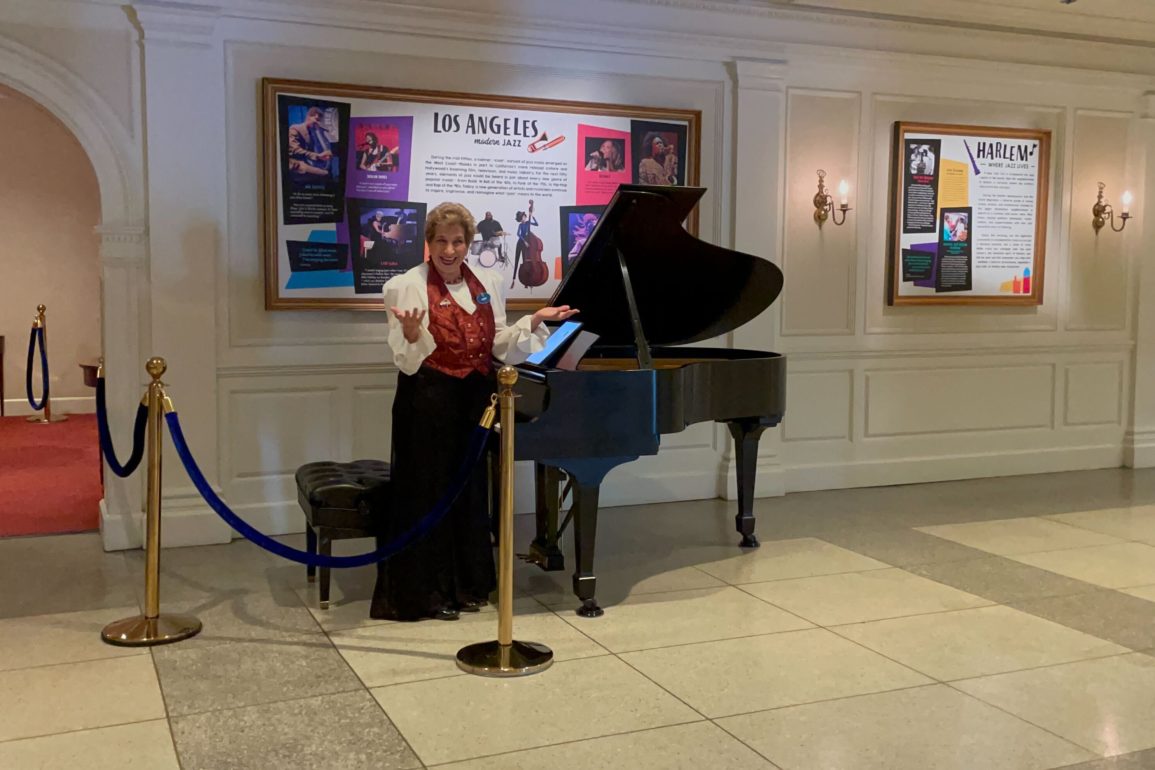 Stein played American-composed music and jazz for about a half hour.

Some of the songs she played included “I’ve Got Rhythm” by George Gershwin, a “West Side Story” compilation, an original song titled “Play That Jazz and Jive,” a “The Hunchback of Notre Dame” compilation, and “The Bare Necessities” from “The Jungle Book.”

There was also audience participation when Stein took “Mary Had a Little Lamb” and added a jazz twist to the classic nursery rhyme.

Watch our video of Stein’s full performance in the American Adventure Rotunda.

Have you ever watched Stein playing the piano at Walt Disney World? Let us know in the comments.