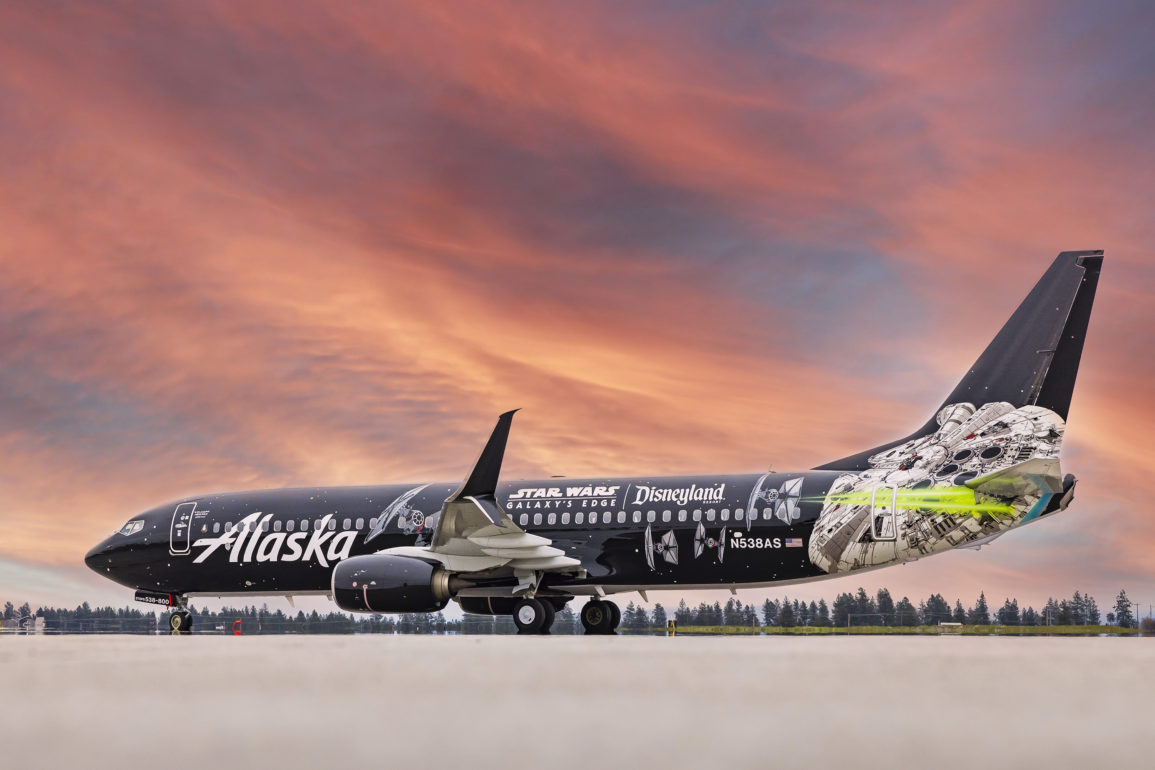 The plane shines in “space black” with the Millennium Falcon on the tail and TIE fighters across the side. Both the Disneyland and Star Wars: Galaxy’s Edge logos hover above the windows.

The winglets of the plane feature porgs, who also look back at guests through the windows. Another porg greets guests at the boarding door.

The plane’s exterior required 228 gallons of paint applied during 540 work hours over 27 days. For the painting, 23 base colors were used with numerous custom colors mixed onsite for the detailed airbrushing of the spaceships. See a timelapse of the plane’s transformation below:

Today, for May the Fourth, the plane made its inaugural flight from the Seattle-Tacoma International Airport to the John Wayne Airport.

Next
REVIEW: Oga’s Cantina Celebrates May the 4th With New Drinks and Delicious Five-Blossom Bread at Disneyland