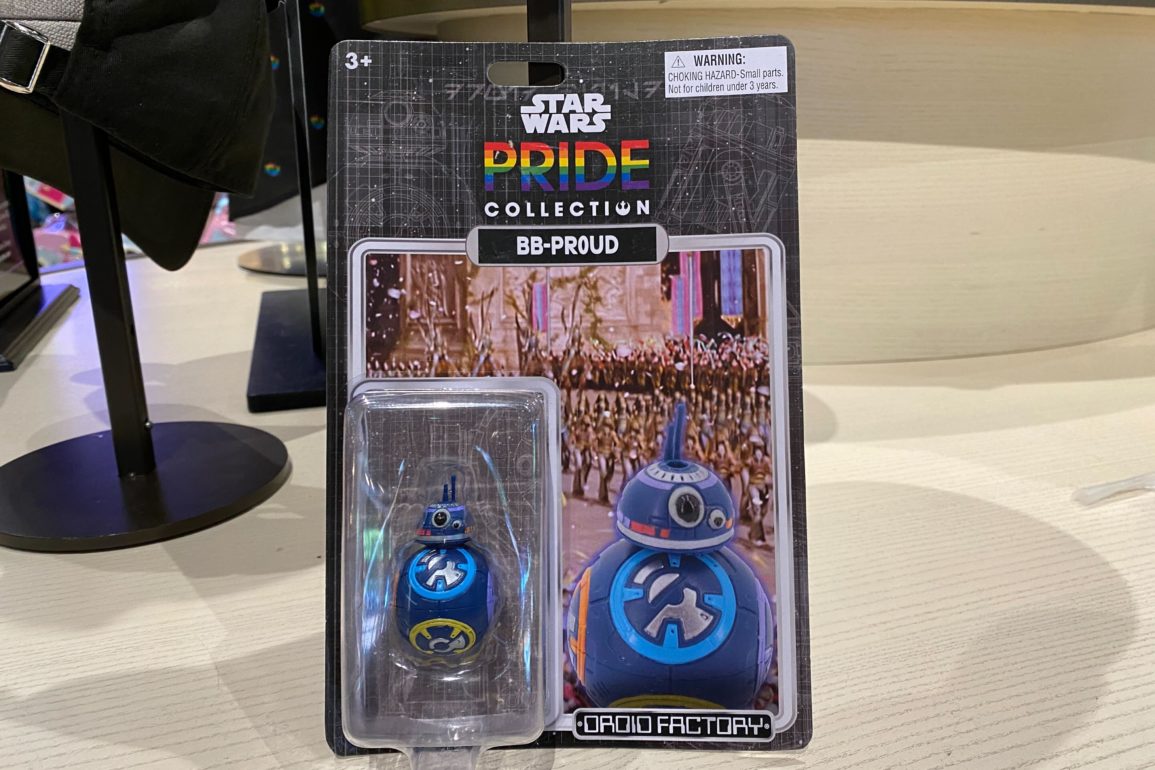 A new, lovable “Star Wars” droid has joined Disney’s Pride Collection. We found this ball of joy at World of Disney in Downtown Disney District.

BB-PR0UD is displayed on a black and silver action figure card. The top of the card contains illustrations of a BB and R2 unit.

The “Droid Factory” logo is written in silver beneath a large photo of BB-PR0UD. A parade of Gungans, from the Episode One finale, also appears in the background.

The classic “Star Wars” logo appears in white. “Pride” appears in large, rainbow colored letters. “Collection” is written in white. The Rebel Alliance Insignia takes the place of the “o” in “collection.”

A message about the Walt Disney Company’s Pride Collection appears on the back of the figure card. A rainbow heart is seen in the foreground of “Droid Factory” sketches.

New to the “Star Wars” universe and the Pride Collection, BB-PR0UD blasts off at World of Disney in Downtown Disney District. Will you be adding this cute and colorful droid to your collection? Let us know in the comments.