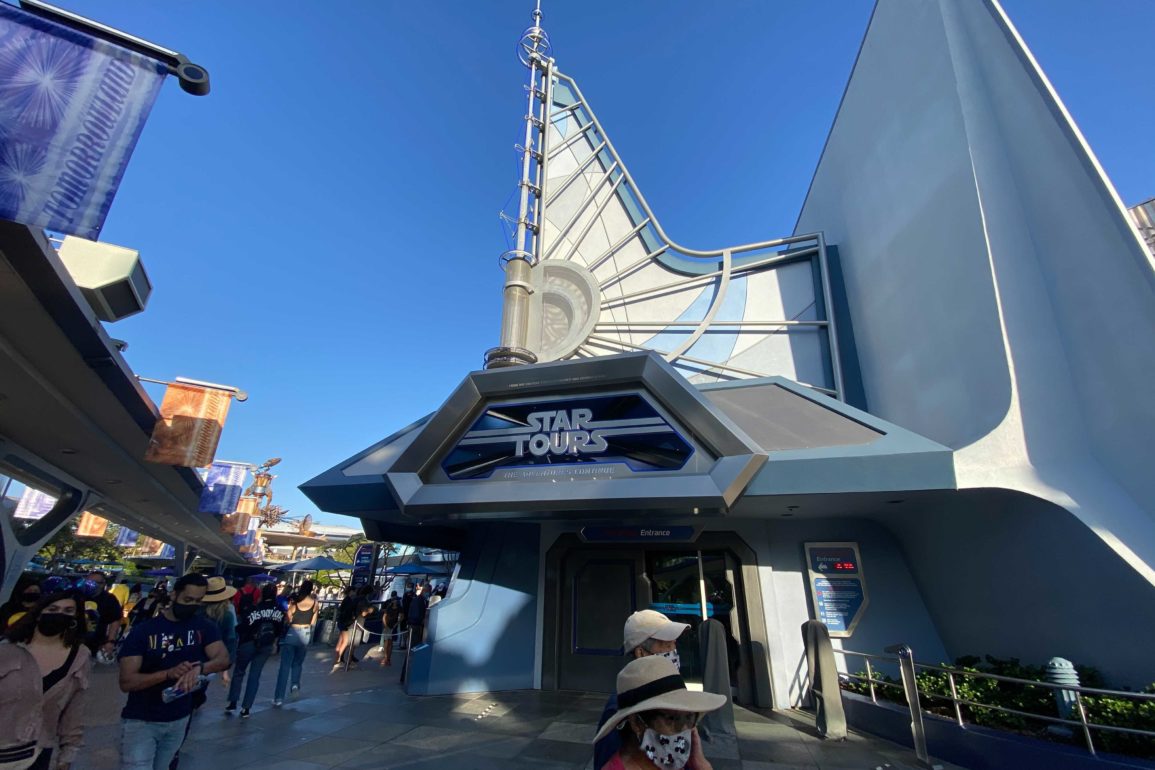 According to a panel at Star Wars Celebration Anaheim, new destinations will soon be added to Star Tours: The Adventures Continue.

During the Parks Panel at Star Wars Celebration Anaheim, Imagineer Scott Trowbridge said of Star Tours on stage “And so are we done? You know what, I think we’re going to do some more [scenes].” Trowbridge has been involved with other Star Wars projects at the parks, including the Star Wars: Galaxy’s Edge.

No details have been released yet on specifics. The last time new destinations came online were with the release of “Star Wars: The Rise of Skywalker” back in 2019.

In the “Rise of Skywalker” scenes, Starspeeders now head to the ocean moon known as Kef Bir, which is where we meet Jannah, a human female freedom fighter who, by the time of the First Order–Resistance war, led a tribe of brave and noble warriors. This is also the wreckage site of the Death Star II. Star Tours also finds itself in the middle of the battle at Exegol, putting guests in the middle of a famous battle similar to the original Death Star run in the original version of Star Tours.

Currently, there are sequence options inspired by the Skywalker Saga. We have no details at present on the new scenes and where they may take inspiration from, nor which parks will be receiving these new scenes. Star Tours: The Adventures Continue is currently installed at Disneyland, Disney’s Hollywood Studios, Tokyo Disneyland, and Disneyland Paris.