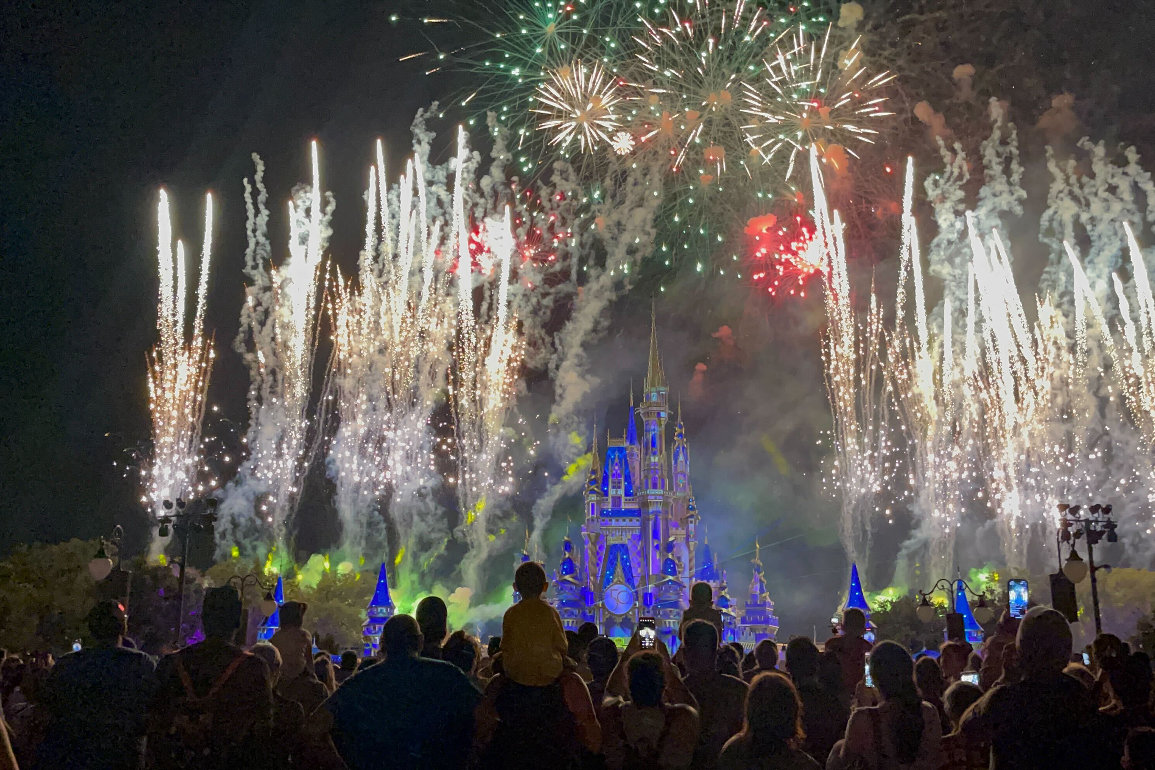 Recently, some changes were quietly made to the finale of “Disney Enchantment” at the Magic Kingdom to include new laser effects and some extra rounds of fireworks.

The new version of the finale hearkens back to the former “Happily Ever After” with an extra set of flares launching to the left and right of Cinderella Castle as Angela Bassett says “You are the magic”. After, purple and yellow lasers emerge from below the 50 icon on the castle as even more fireworks launch during the finale. The show is then capped off with one red Mickey Mouse silhouette-shaped firework.

You can see the full show of “Disney Enchantment” with this new finale below.

And if you’d like to compare, you can see the original version of “Disney Enchantment” from its October 1 debut below.