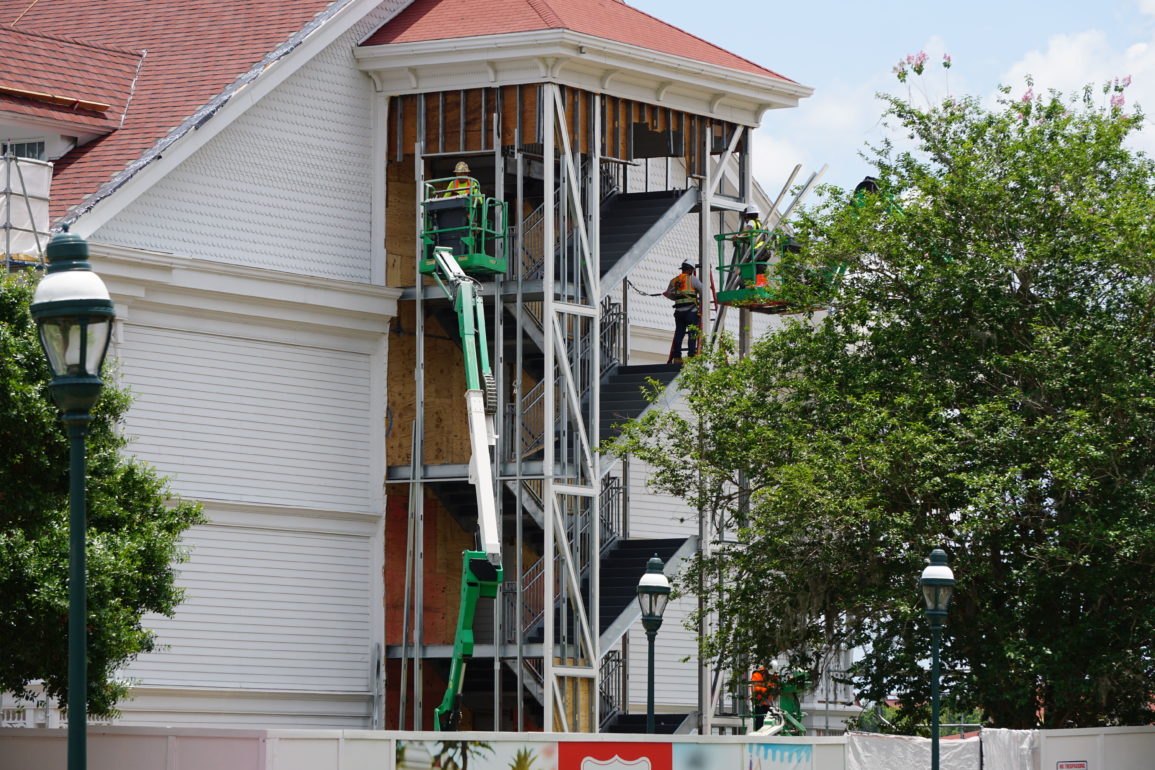 This staircase is being reconstructed after being dismantled.

The actual stairs are back, but new paneling has yet to be installed around the staircase.

Crew members in cherry pickers were working on the staircase tower.

As we reported last time, construction on the roof seems to be wrapping up.

Red shingles have been replaced.

Some black sheathing was still exposed on the edges of this roof.

The shingles at the bottom of this chimney are significantly lighter than the rest.

Scaffolding has been removed from this building.

These stairs are also being reconstructed.

We could also see some faded shingles and exposed sheathing on this roof.

The new Resort Studio rooms start at 16 Disney Vacation Club points per night and go all the way up to 55 points per night, depending on view and season. This pricing aligns with Deluxe Studios at the Villas at Disney’s Grand Floridian Resort and Spa.

We previously got a look at the interior of the new villas and Disney released a short documentary on the expansion.