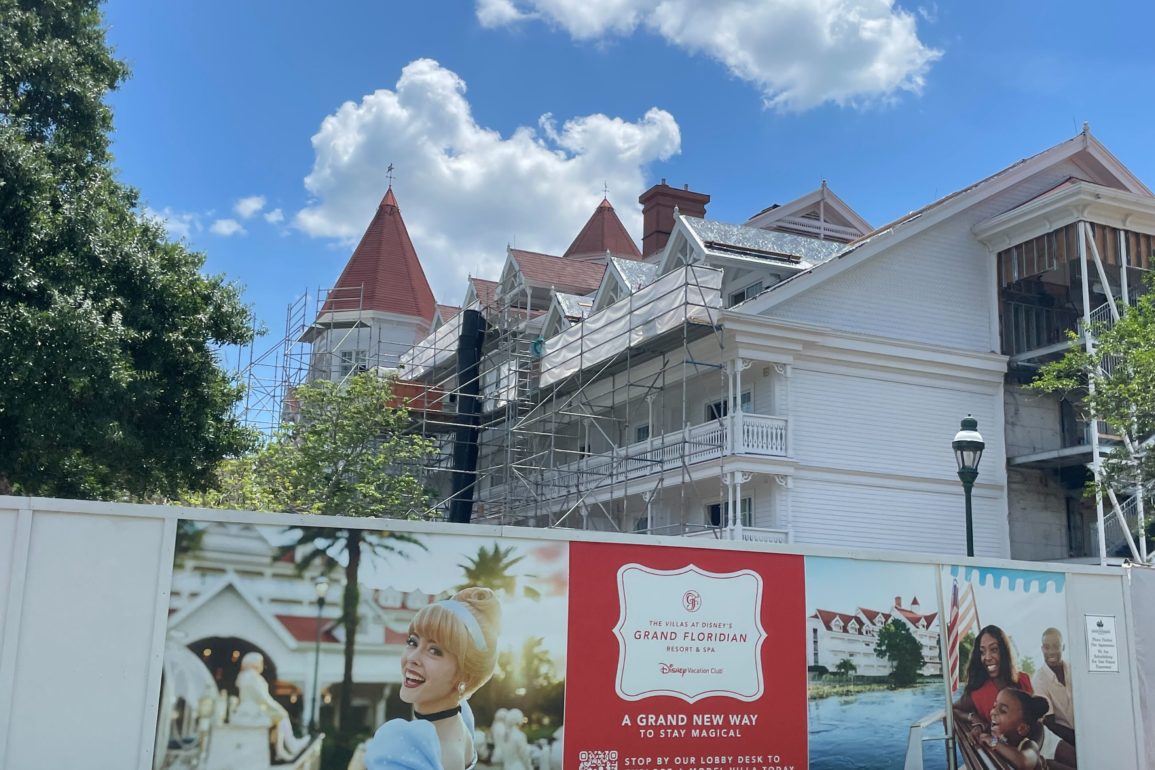 As you probably know by now, The Villas at Disney’s Grand Floridian Resort & Spa are converting one of the hotel buildings into new Disney Vacation Club studios! Let’s take a look at how the construction is coming along.

When we last checked in on the progress, much of the roof was missing as insulation was added.

The top layer of the scaffolding is still covered with white sheeting.

On the upper right you can see a large black tube leading down the scaffolding.

A few of these tubes have been put up around the construction site.

The construction wall advertises for the new Villas, which will be added to the inventory of the existing Villas at Disney’s Grand Floridian Resort & Spa.

Eventually, all rooms at Disney’s Grand Floridian Resort will be refurbished to match the new Disney Vacation Club resort studios.

Are you looking forward to this remodel? Let us know in the comments.