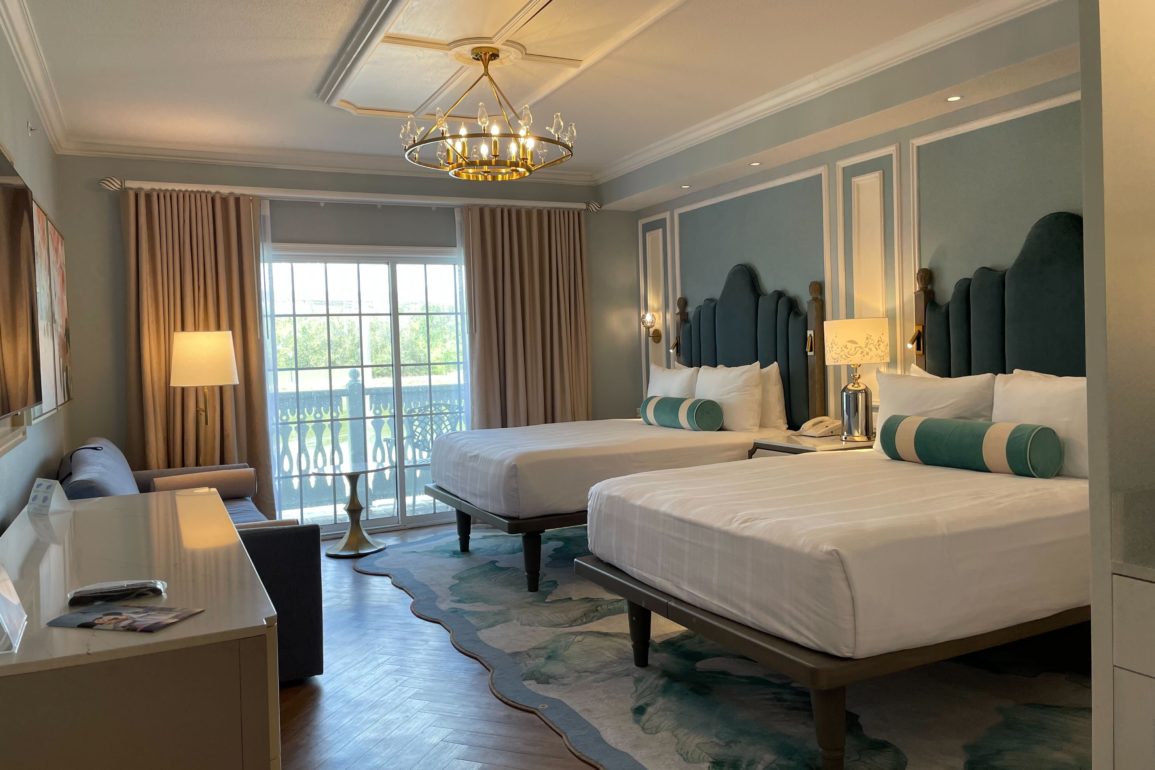 The new DVC studios currently under refurbishment at Disney’s Grand Floridian Resort & Spa have been heavily marketed and many members assumed that, like with other Walt Disney World Resorts, the style of these rooms would be unique to the timeshare. But sources close to WDWNT have revealed that after completion of the current project, refurbishments will begin on the standard hotel rooms across the other buildings in the same design.

We recently got a chance to tour one of the new studios.

As you can see from the photos, the new style offers a more modern take on the classic Victorian designs.

For comparison, see a photo of a current standard Grand Floridian room below and more from our room tour here.

The refurbishments will likely happen in stages as to not close most of the resort’s capacity.

The changes also mean that the number of owners for the DVC at Disney’s Grand Floridian will grow but the volume of traditional style Villas will remain the same, making a more competitive booking pool.

What do you think about the changes coming to the Grand Floridian?