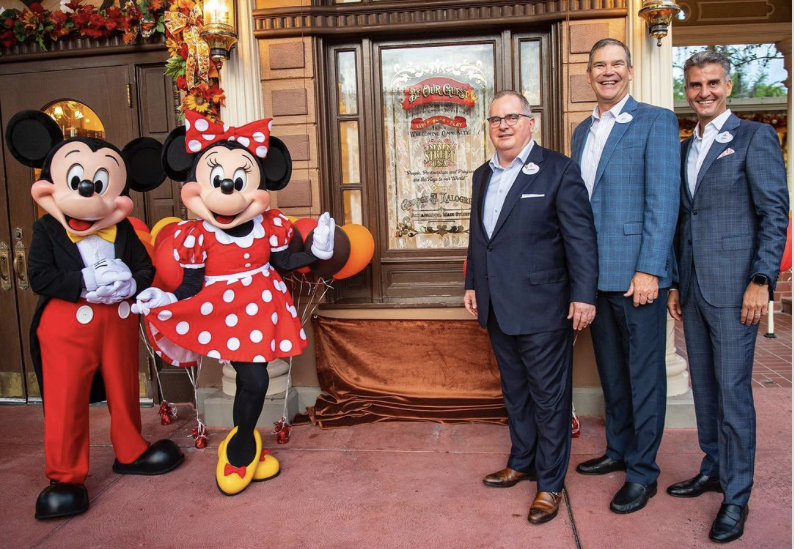 George Kalogridis, the President of Segment Development and Enrichment for Disney Parks, Experiences and Products, has announced his impending retirement.

Kalogridis, who served as President of Walt Disney World and Disneyland Resort at points during his career, will be leaving the company after more than 50 years. The University of Central Florida graduate was part of the opening team for Walt Disney World, having been hired as a busboy at Disney’s Contemporary Resort in September 1971.

Kalogridis was honored with a window on Main Street, U.S.A. in the Magic Kingdom last fall. He is pictured above at the ceremony alongside current resort President Jeff Vahle and Chairman of the division Josh D’Amaro.

He is currently serving as Global Ambassador for the 50th anniversary.