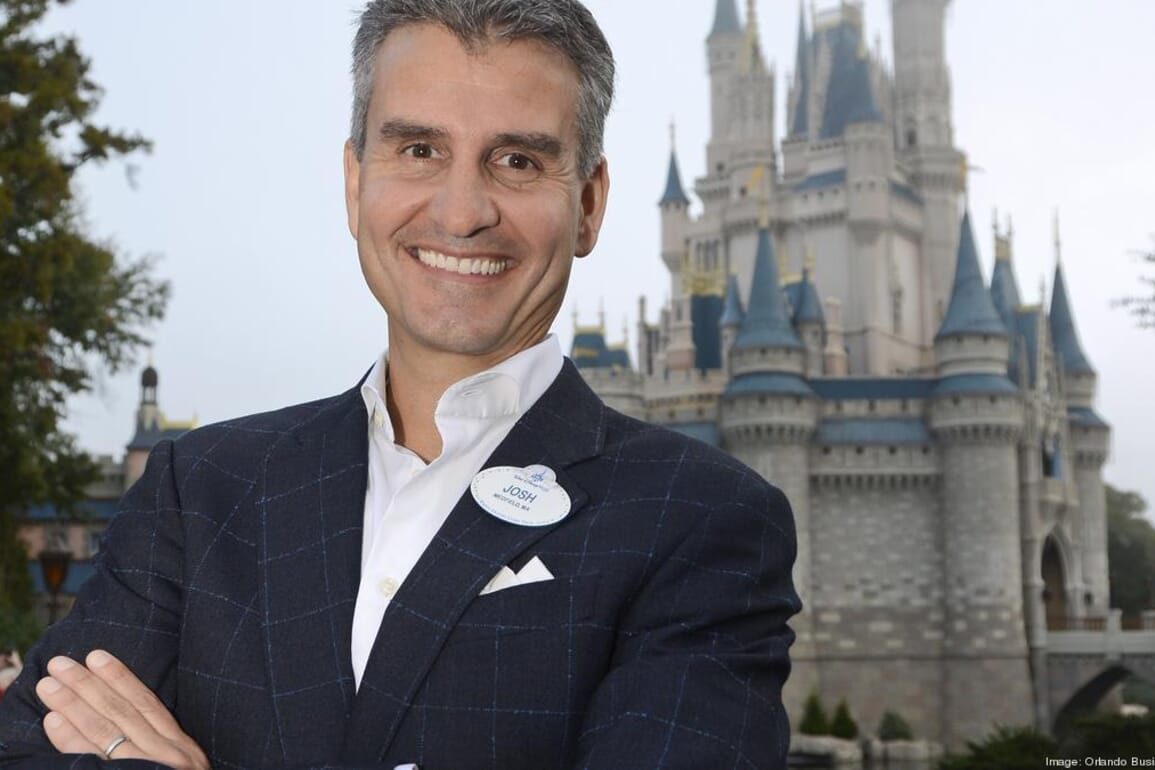 As we reported earlier, Disney Parks executive and Walt Disney World Opening Day Cast Member George Kalogridis has announced his retirement. In the wake of his announcement, division Chairman Josh D’Amaro has announced a reorganization of the Disney Parks, Experiences, and Products department.

With the reorganization, Kalogridis’ domain of Segment Development and Enrichment will be looped into the New Experiences Portfolio and Disney Signature Experiences department under Thomas Mazloum.

Tasia Filippatos will replace Young as President of Consumer Products, Games, and Publishing under D’Amaro.

We have always been a company built on imagination, creativity and innovation, and on our most recent earnings call, our domestic parks were a standout, powered by strong demand coupled with customized and personalized Guest experience enhancements. As we continue to transform our Disney Parks, Experiences and Products business, our talent is the cornerstone of our success, and often we identify opportunities to rotate our senior leaders. As we launch new businesses around the globe, this must be one of our top priorities.

With our focus on growing our business, I have asked Thomas Mazloum to expand his role as President, New Experiences Portfolio and Disney Signature Experiences, to include the exploration of additional new initiatives beyond the berm, keeping our business development pipeline full. This will allow Thomas to continue to grow our DSE portfolio, while leading important growth initiatives as we launch new businesses.

I would also like to announce that after 50 years of distinguished service, George Kalogridis has made the decision to retire. George started on the Walt Disney World opening team when he was 17, and his career has included leadership roles at Walt Disney World, Disneyland Resort, Disneyland Paris, and most recently Disney Institute and National Geographic Live. Having had a positive influence on thousands of Cast Members during his impressive tenure, he now serves as Global Ambassador for the Walt Disney World 50th Anniversary celebration. I want to personally thank George for his significant contributions and commitment to DPEP and our teams around the world. Over the next several months, he will continue to play an important role representing the company on several nonprofit boards and councils to complete his work strengthening our segment DEI efforts.

Stephanie Young will transition into the role of President, Disney Vacation Club, Adventures & Expeditions, and Disney Institute/National Geographic Live, reporting to Thomas. Given Thomas’ increased scope and the high expectations of these businesses, Stephanie’s focus in these areas will be crucial for our segment. Her extensive background as a proven leader with deep operational expertise makes her ideally suited for this role.

With Stephanie’s move, I am excited to announce that Tasia Filippatos will take on the role of President, Consumer Products, Games and Publishing, reporting to me. Tasia joined Disney Parks in 2008, moved to CPGP in 2012, and since 2018 has led the CPGP business across Europe, Africa and Russia. She has done an exceptional job in her role in EMEA, and her rich experience and proven leadership within CPGP make her exceptionally well suited for this role.

These changes are effective immediately, and these roles will continue to be based in Florida. Please join me in congratulating Thomas, Stephanie and Tasia on their new positions, and provide them with the support they need for our teams to be successful.

I’m incredibly excited about the expertise and experience of my leadership team as we continue to steer our business into our second century and create an even larger, more connected, and magical Disney universe for families and fans around the world.