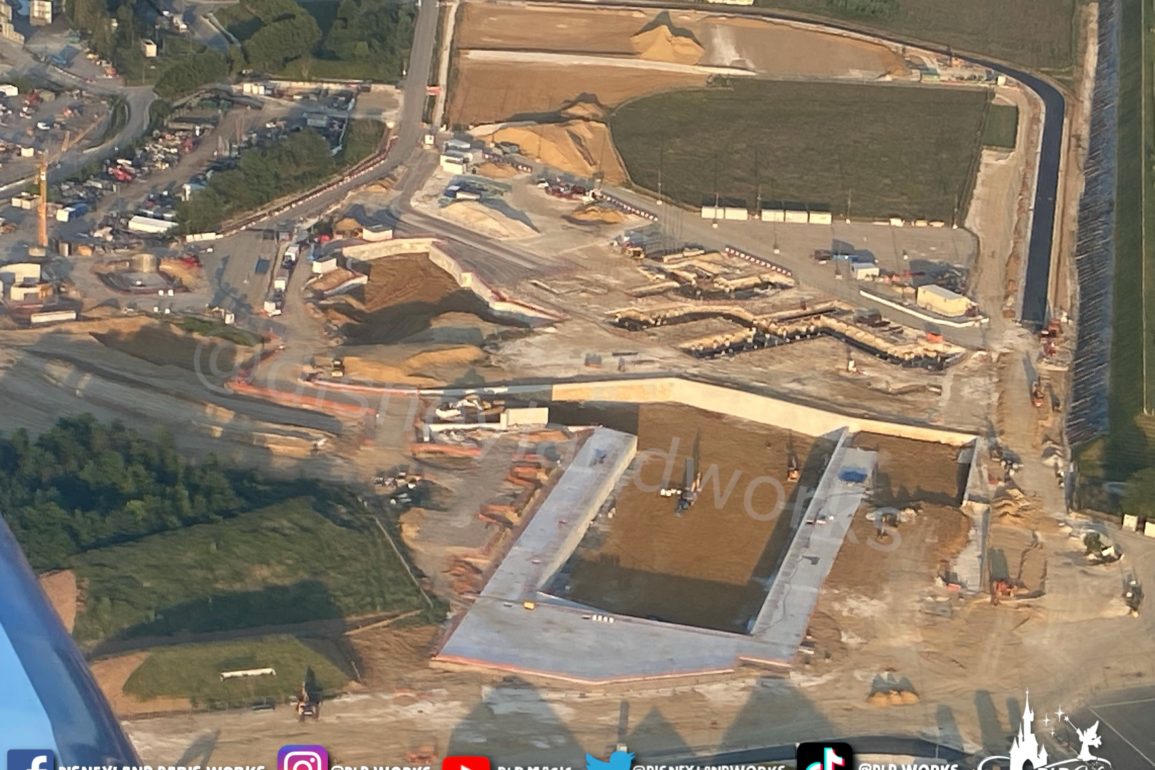 Disneyland Paris Works on Twitter has shared another aerial look at phase two of the expansion of Walt Disney Studios Park in Disneyland Paris. This phase includes Arendelle: World of Frozen, a “Star Wars” area, and a new lagoon for nighttime shows.

As Disneyland Paris Works points out, a large technical basin has been completely excavated.

Crews have also dug out the marina for Arendelle: World of Frozen and are constructing the foundation for the first building in the land, visible at the center of the photo above.

There has not been much vertical construction yet.

Disneyland Paris has been more focused on their version of Avengers Campus, which is opening on July 20, 2022, another expansion to Walt Disney Studios Park.