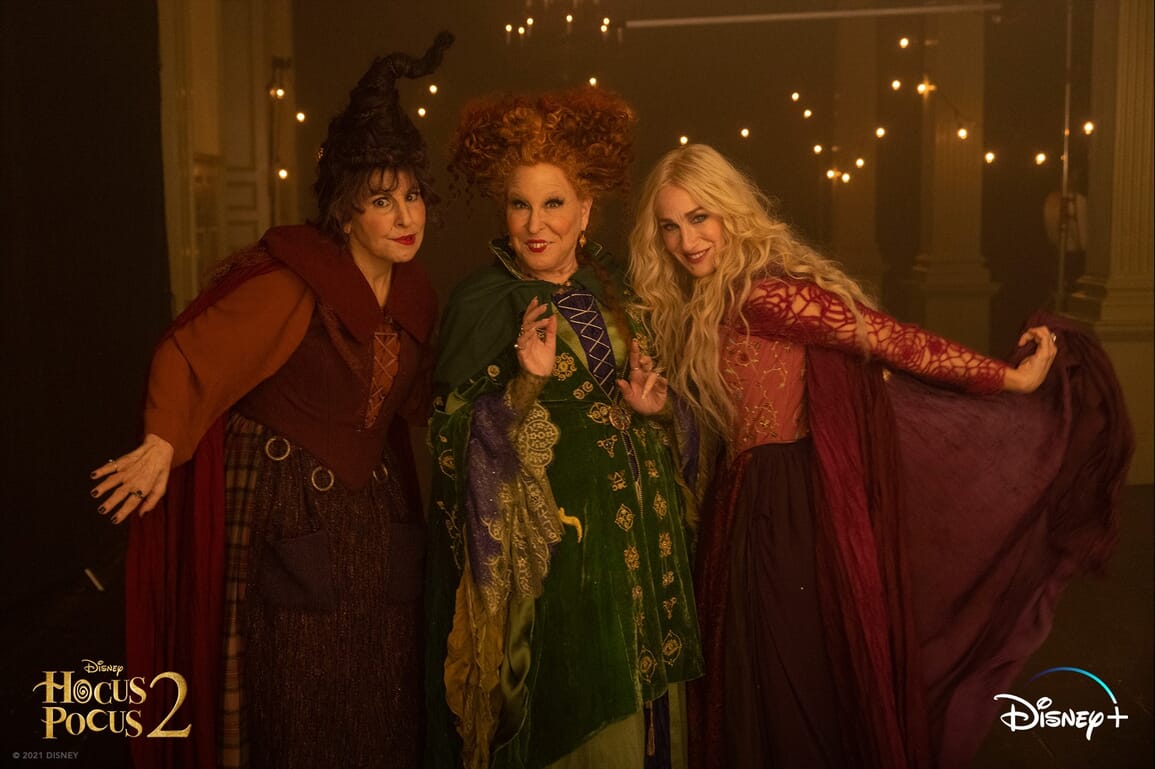 The moment many have waited nearly 30 years for will finally come this September as “Hocus Pocus 2” will finally debut on Disney+, featuring the returns of Bette Midler, Sarah Jessica Parker, and Kathy Najimy as the iconic Sanderson Sisters.

While a trailer was not released, Entertainment Weekly reported that some rough cut footage was shown during the presentation.

According to EW, the footage showed two young girls lighting the Black Flame Candle, which summons the central witches as Midler squeals, “Lock up your children! Yes, Salem, we’re back!”

They then launch into a musical number — a cover of Elton John’s “The Bitch Is Back” — while Billy Butcherson (Doug Jones) and a still-unnamed character played by Sam Richardson also appear. Tony Hale, who plays the mayor of Salem, is also featured in the clip, per EW.

The plot picks up 29 years (right down to the day) after Max lit the Black Flame Candle and resurrected the three Sanderson sisters. Winifred (Midler), Sarah (Parker), and Mary (Najimy) are back and looking for revenge in present-day Salem.