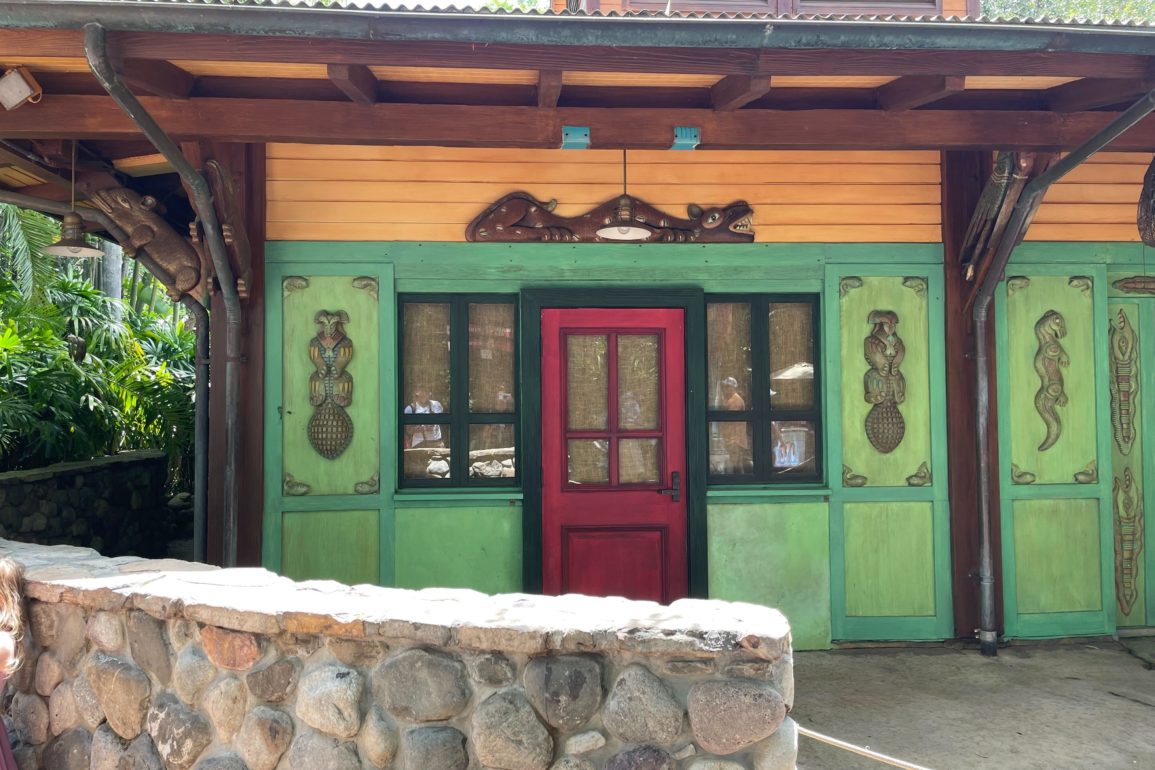 Lightning Lane signage was removed from Adventurers Outpost in Disney’s Animal Kingdom, suggesting that the upcharge service may no longer be used at the character meet-and-greet.

The sign used to be above the door on the left, matching the one for the Stand-By entrance. Though currently closed, the meet-and-greet spot is one of the few places in Walt Disney World where guests can meet Mickey and Minnie Mouse at the same time.

The removal leaves the art of the animal above the doorway exposed, offering a rare view of the craftsmanship of the building’s decorations.

Earlier this month, Lightning Lane was removed from Red Carpet Dreams at Disney’s Hollywood Studios. This could be the first sign of a rollback of the service, part of Disney Genie+, at meet-and-greet locations. In the case of Red Carpet Dreams, Lightning Lane was added back in March, so it may be used and removed based on guest demand. With summer crowds beginning to arrive at the resort, it’s unclear if the service will return.

Last month, Adventurers Outpost was announced to reopen to guests, though no date has been announced as of the writing of this article. The Lightning Lane situation continues to evolve at Walt Disney World, with this only being the latest example.