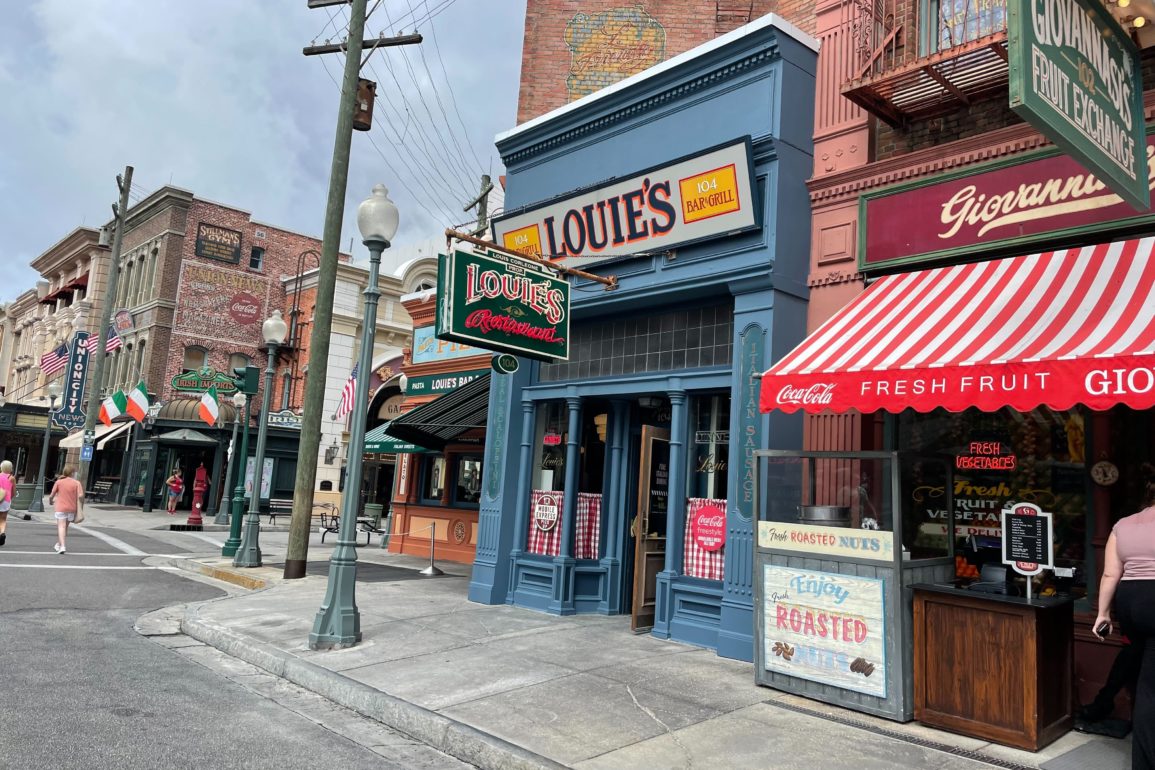 After a month-long refurbishment, Guido’s Gelato has reopened, and the entire Louie’s Bar & Grill dining room is available again at Universal Studios Florida.

Louie’s never fully closed, but the main entrance was unavailable, and some of the dining room was blocked off.

We saw crews redoing the windows in April. It looks like most of the building was repainted, too.

The windows on the Guido’s side feature pictures of gelato, while the Louie’s windows have red checked curtains.

The awnings may have been replaced or just cleaned.

Some of the exterior signage has been replaced, advertising gelato, sodas, coffee, pizza, and more.

The Italian restaurant wasn’t very busy when we visited first thing in the morning.

New drains and ice machines were added to the Coca-Cola Freestyle machines. Guests frequently complained that the machines were out of ice, so hopefully, that won’t be as much of a problem as we get into the hotter months.

The outside window for quick ordering is also open again.

Next
WDWNT is Hiring a Part-time Night and Weekend Editor