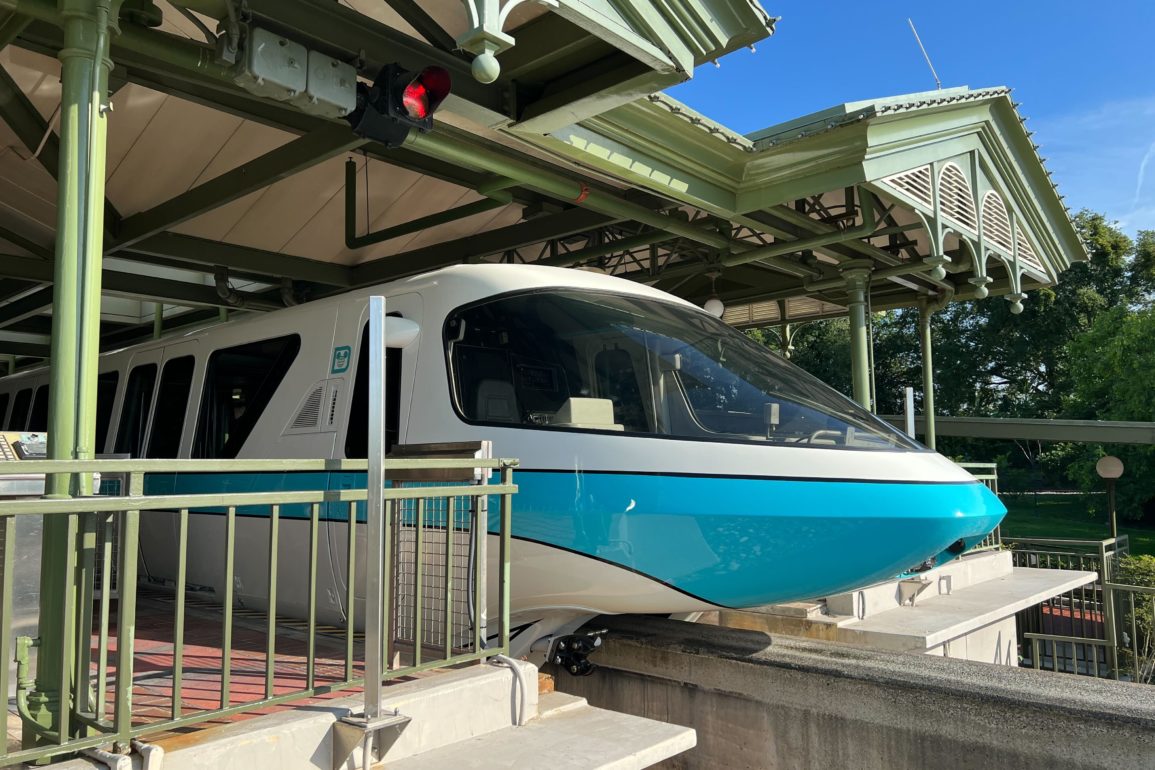 Monorail Teal has returned to service on the Magic Kingdom Monorail line after a major refurbishment.

The Monorails have been undergoing refurbishment one by one over the past few years.

Monorail Teal is mostly white with a teal stripe running around its exterior — the same design as all the Walt Disney World Monorails.

A teal version of the Walt Disney World logo is next to the cockpit door.

The deltas on the teal stripe are now black, which matches most of the other Monorails.

The accordion sections were either thoroughly cleaned or replaced as they look brand-new.

Let’s take a look at the new interior!

The interior has a more drastic change than the exterior. Previously, the bench seats were teal and the cabin walls were grey.

Now the walls are teal, with a Walt Disney World logo pattern.

“Walt Disney World Monorail System” and “Monorail Teal” are printed along a solid stripe at the center of the wall.

A teal stripe runs around the ceiling.

The carpet fabric on the walls and doors has also been replaced.

According to a Cast Member, this is the first time they replaced the carpet during a Monorail refurbishment.

The carpet is dark grey.

The railings were cleaned so well that we thought they might have been replaced, but the Cast Member confirmed they were the same railings.

Do you like the Monorail Teal refurbishment? Let us know what you think in the comments.

Next
Disney Breaking Timeline of Star Wars: Galaxy’s Edge With Introduction of Disney+ and Legacy Characters