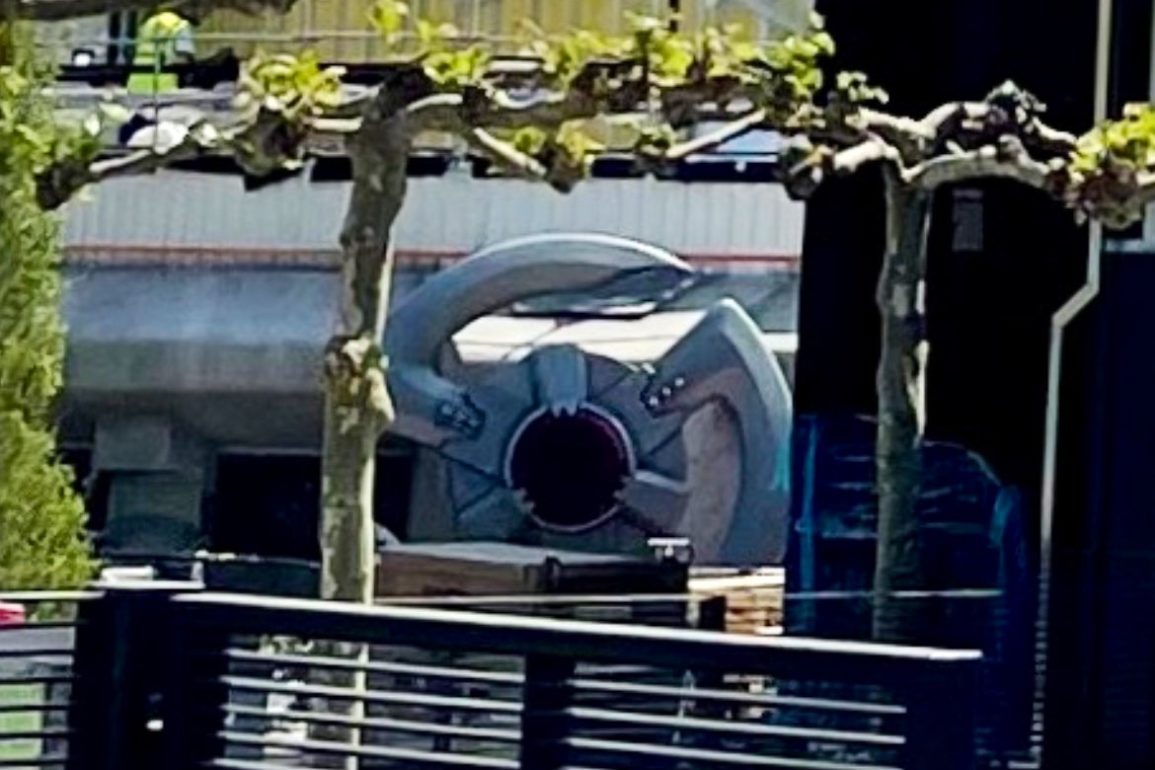 DLP Report shared on Twitter new photos of Avengers Campus at Walt Disney Studios Park in Paris. More themed elements have been added throughout the land, which is set to open this summer.

Red, white, and blue railings and signs have been added to the queue of WEB SLINGERS: A Spider-Man Adventure.

A giant Pym Particles disk is visible outside the Pym Test Kitchen.

Atop the Pym Test Kitchen is a giant black ring with red panels sticking out of it. Crew members were working on the edge of the building, which is partially covered by clear tarps.

Nearby, crew members were repainting the old Disney Channel building.

No opening date other than “summer 2022” has been announced for Avengers Campus at Walt Disney Studios Park.

Next
Live Ponies Return to Disneyland Railroad in Paris