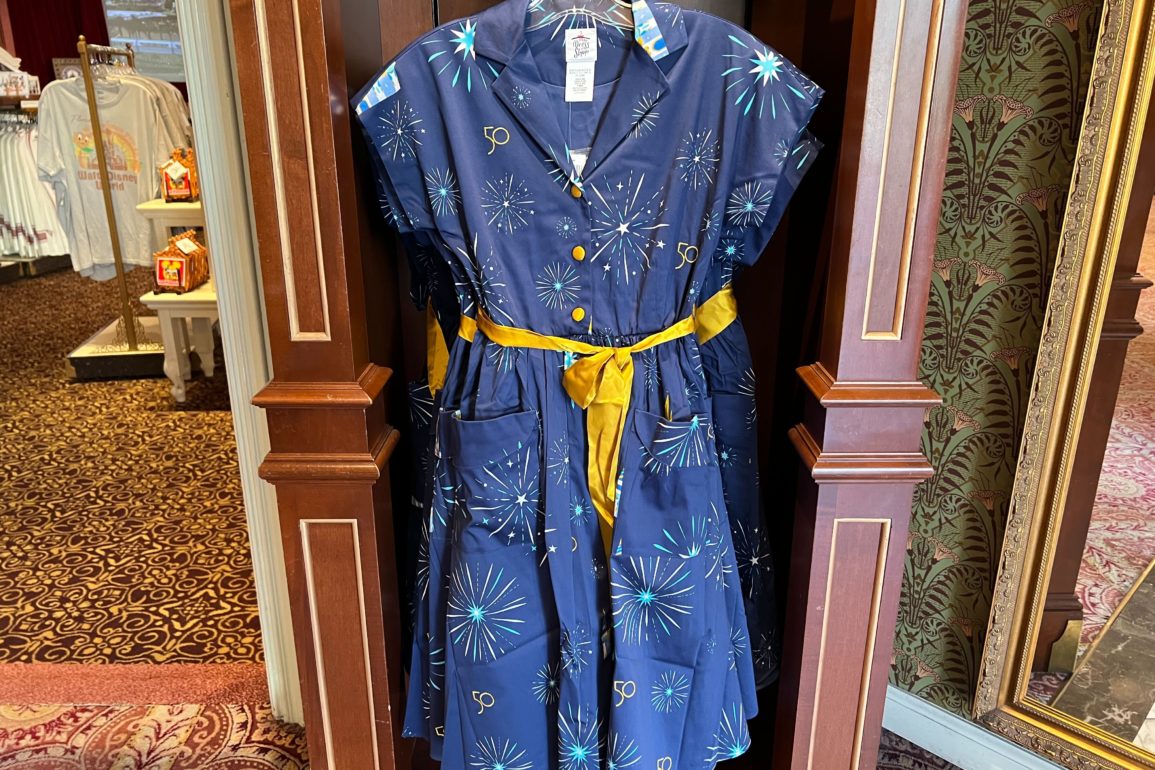 The Dress Shop has debuted another 50th anniversary dress at Walt Disney World. We found this new style at Uptown Jewelers in Magic Kingdom.

The dress has a shirt style with buttons down the chest and an A-line cut.

The dress has cap sleeves and a collar. The buttons are golden yellow.

It is royal blue and patterned all over with fireworks and images of Cinderella Castle.

It is also covered in golden embroidered 50s.

There is a golden ribbon around the waist.

There are two large pockets in the skirt.

The Dress Shop also has a new Orange Bird Vault Collection dress. Which dress would you wear? Let us know in the comments.