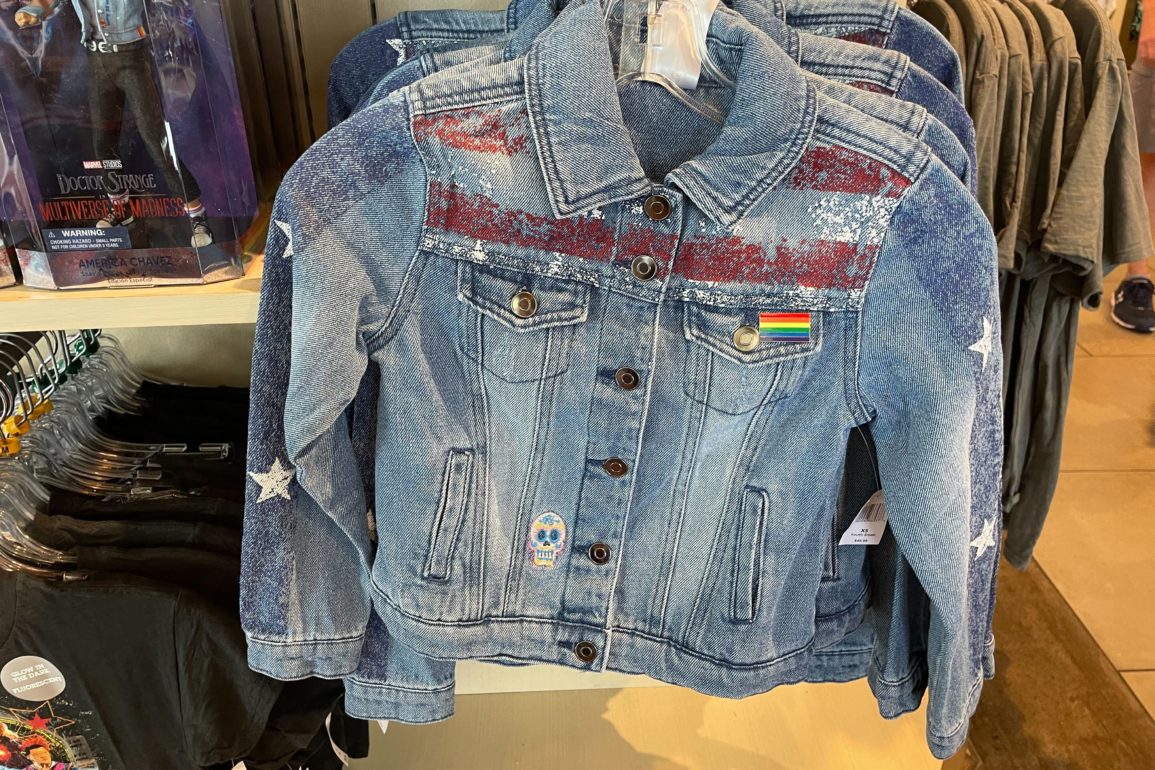 Guests can now cosplay or DisneyBound America Chavez, who will make her first MCU appearance in “Doctor Strange in the Multiverse of Madness,” with this jean jacket available at Walt Disney World.

There are faded dark blue stripes down the sleeves with white stars on them.

Faded red and white stripes are across the top of the jacket.

A rainbow flag pin is attached to one of the front pockets. Chavez is a lesbian and Marvel’s first Latin-American LGBTQ+ character to star in an ongoing comics series. Disney has refused to remove a reference to Chavez’s two moms in “Doctor Strange in the Multiverse of Madness.”

A sugar skull is embroidered near the bottom of the jacket.

A large white star with red stripes coming out of it is painted on the back.

Another rainbow flag is on a bottom strap of the jacket.