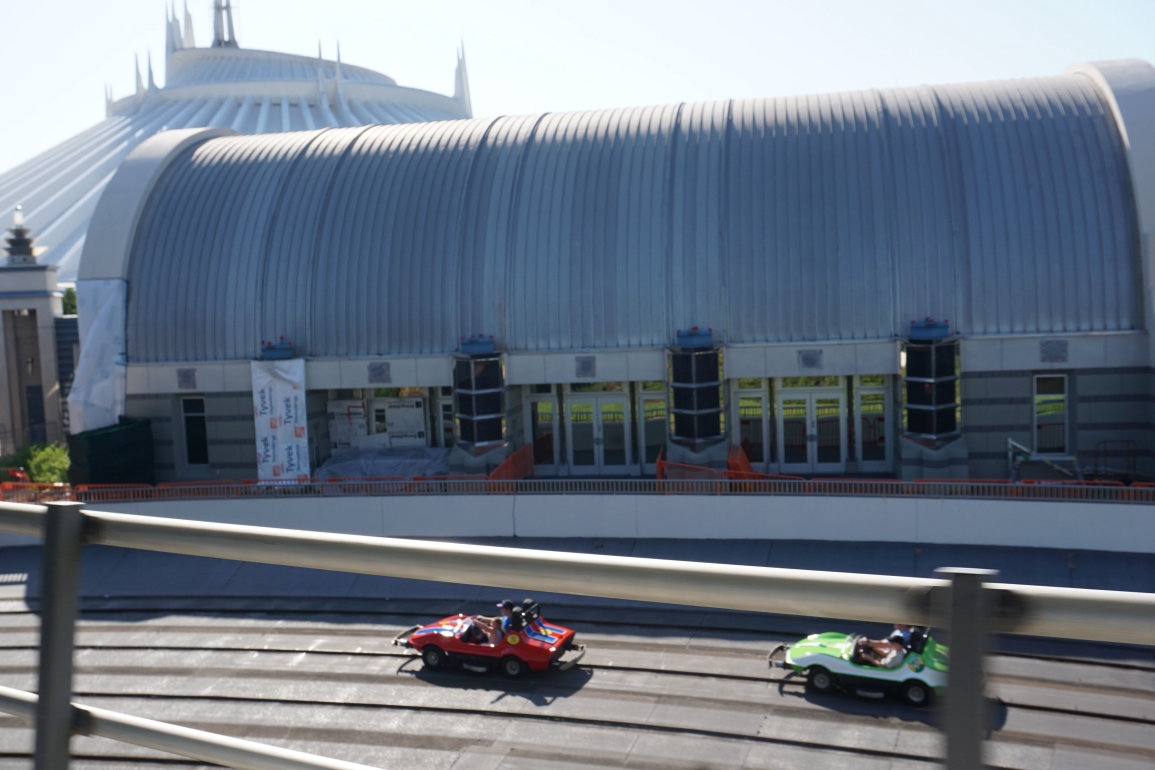 For months, Tomorrowland has been the center of a lot of construction work at the Magic Kingdom, and today is no exception. Let’s see what’s new!

We’ll start our tour at TRON Lightcycle / Run, where, with the canopy fully installed above, attention has turned to the ground below.

A construction worker was sighted working on the entrance archway.

With the pace of construction, it’s likely that soon, these dirt paths will be paved over for guest walkways.

Closer to the show building, construction equipment was staged next a wall.

Speaking of walls, others were hard at work on the dividing wall that separates the attraction from the Tomorrowland Speedway.

Having the canopy installed really makes the whole area look closer to being finished.

From the queue of The Barnstormer, we can catch a slight glimpse of the tunnel that the Walt Disney World Railroad will pass through when it returns to service.

Turning now to Tomorrowland Light & Power Co., we can see that the final two decorative towers have been removed from the exterior just days after work began.

All that remains is the metal base on the columns.

The doorway on this side has been nearly completely covered up with insulation panels.

While the columns were still visible in the concept art for TRON Lightcycle / Run, it’s possible that those plans have changed.

Meanwhile, most of the façade on the rear of the building remains intact, at least for now.

As we’ve previously reported, the shop remains open during this construction, while construction walls cordon off the work site.

A structure seems like it’s being erected near the rear of the building, though it’s currently covered in a green fabric.

All in all, things seem busier than ever in Tomorrowland as the future is being created!

Next
Kevin from ‘Up’ Once Again Roaming Disney’s Animal Kingdom