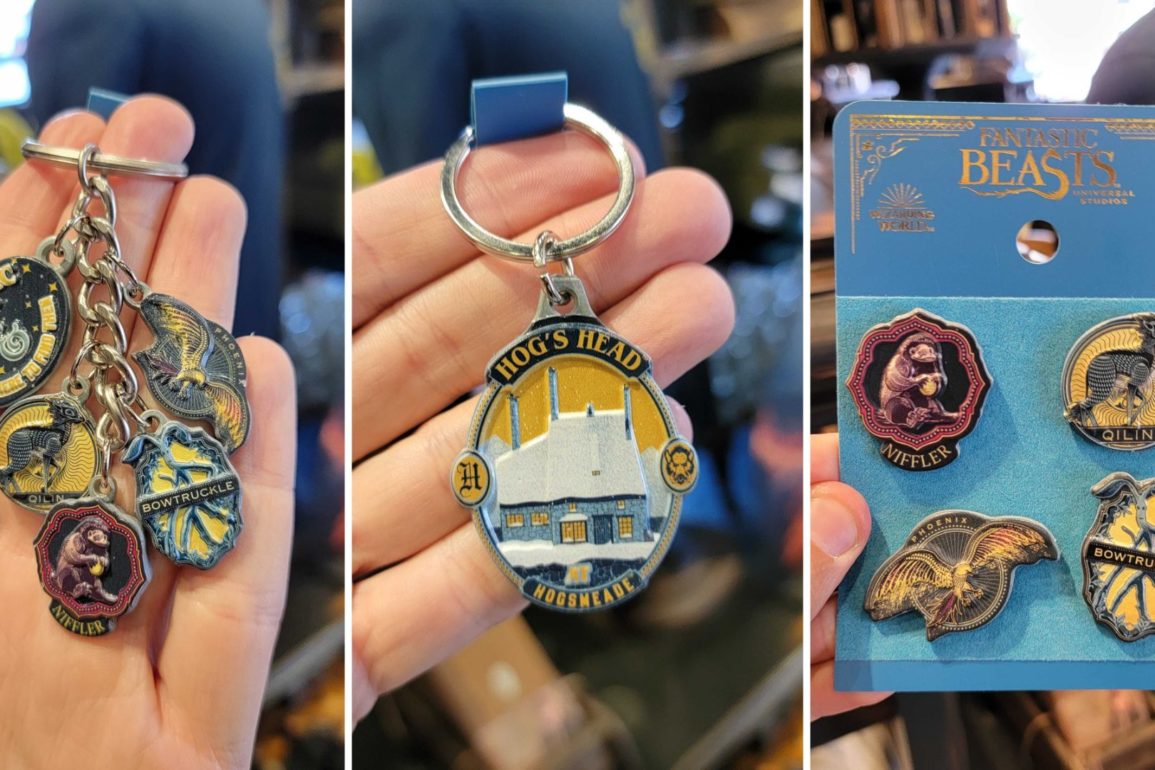 New pins and keychains inspired by “Fantastic Beasts: The Secrets of Dumbledore” have arrived at Universal Studios Hollywood. We found these items in the Universal Studio Store Upper Lot.

This circle pin features the Hog’s Head covered in snow against a yellow sky. The top reads “Hog’s Head” and the bottom reads “Hogsmeade.”

Each of these four pins features a different creature from the latest “Fantastic Beasts” film: the Niffler, Qilin, Phoenix, and Bowtruckle.

This keychain has the same Hog’s Head design as the pin.

The back is silver with the Wizarding World and Universal Studios logos.

There are four charms on this keychain identical to the creature pins above. A fifth charm reads “Fantastic Beasts & Where to Find Them” against a blue starry background.

These are also available at Universal Orlando Resort.