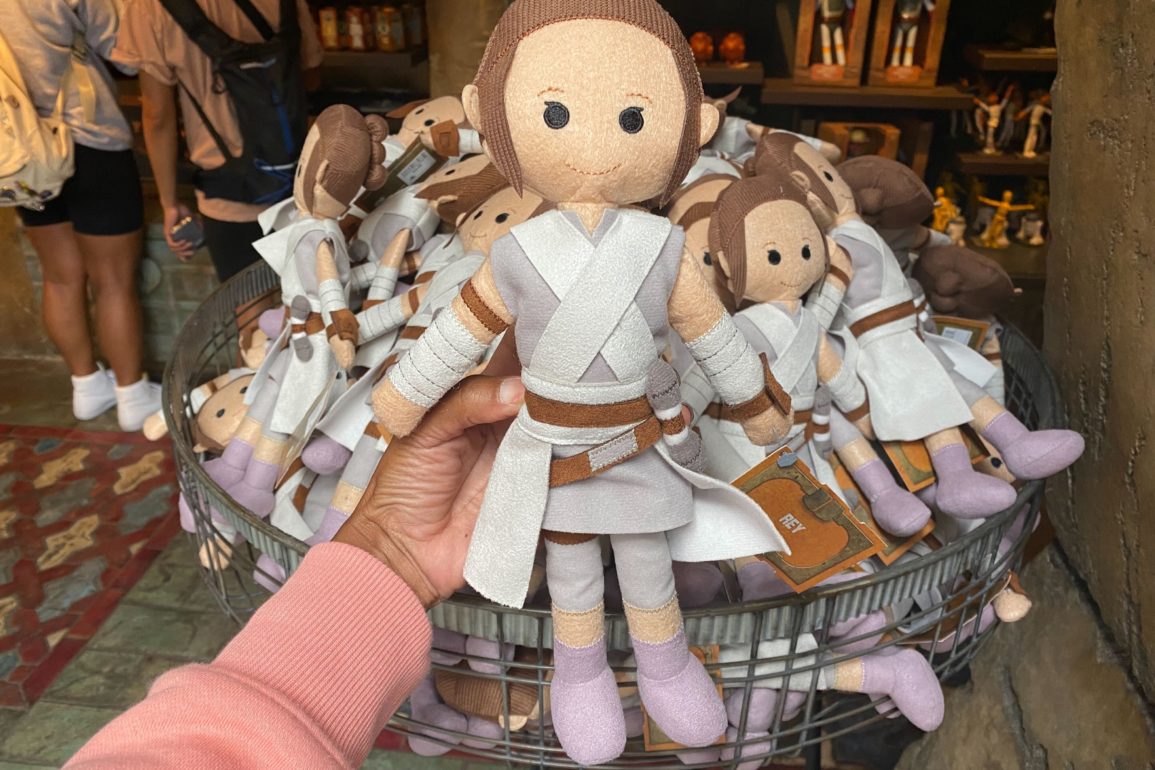 Tons of new merchandise was announced at Star Wars Celebration in Anaheim this weekend. And although most of the items are just given expected dates of “coming soon,” we are already starting to see some of them pop up in the parks. The new Rey plush has arrived at Walt Disney World and now Disneyland.

This new plush can be found at Toydarian Toymakers in the Marketplace of Black Spire Outpost.

Her hair buns are so tiny and cute in plush form.

This Rey plush was announced alongside a Gorg toy and a plush Elee, but neither of those has turned up on Batuu yet.

Next
Umbrella, Throw, Print, and More Merchandise Soars Into Pandora – The World of Avatar for 5th Anniversary at Disney’s Animal Kingdom