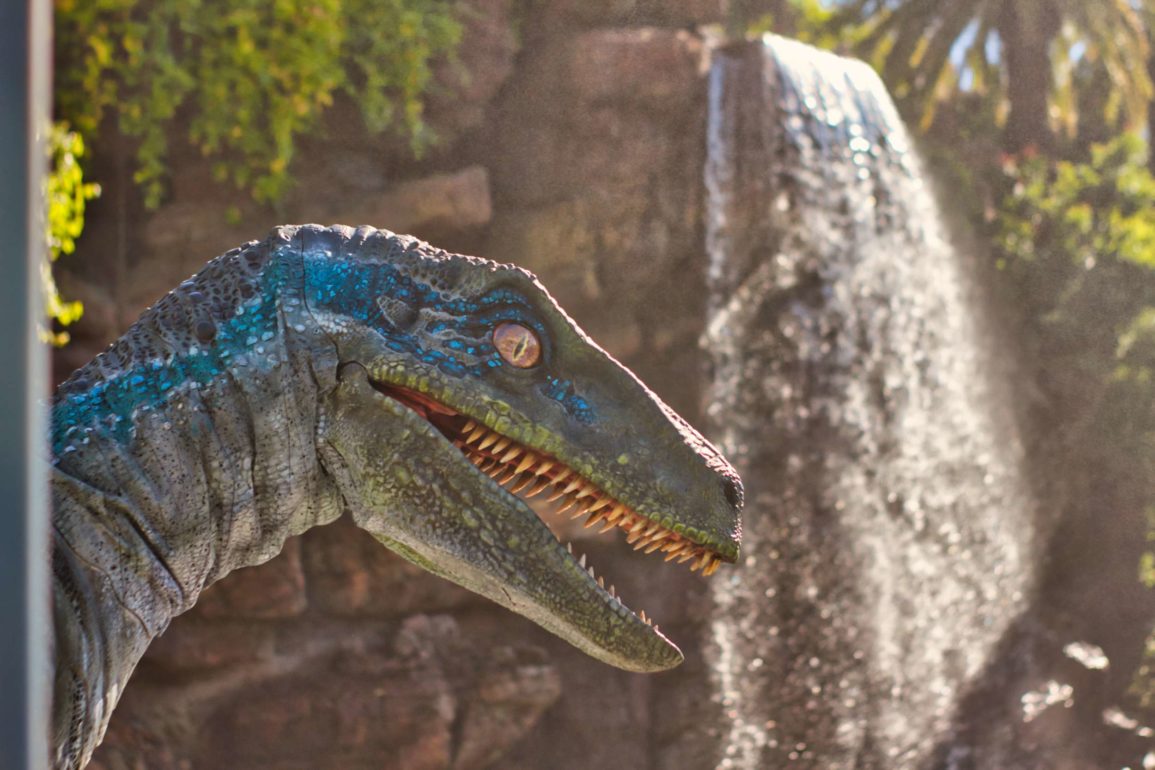 Before we even leave the parking structure, the updates start rolling in. We stopped by to see how construction is going on the many Halloween Horror Nights mazes that are currently being built all over the park and into the backlot. Check out our full update here.

Toothsome Chocolate Emporium & Savory Feast Kitchen is coming along nicely, with two new towers rising up in front of the building. You can join us on a walking tour to take a look at the site on our YouTube channel, or by clicking the video below:

Wasabi Sushi & Tempura is finally reopened after the pandemic shutdown.

Some new Love is Universal merchandise has hit the shelves and with each purchase, 10% of the price will be donated to the Los Angeles LGBT Center.

Production Central has moved in CityWalk, and a new retail concept is being installed at the former location now.

The new location is just a few doors down in what was formerly Cartooniversal.

We stopped in to see the new(ish) shop, and we ran across some cool new merchandise.

The first of the official Halloween Horror Nights 2022 merch has arrived, and you can take a look at it right here.

We also found a massive anniversary collection for E.T., including shirts, keychains, pins, accessories, and even a cute Loungefly set of a backpack and wallet.

Inside the park, we found even more from the E.T. collection, as well as a Jaws collection and a Back to the Future collection as well.

There’s also an amalgam collection featuring the three classics all branded under Universal Studios. You can see all these collections in a video tour on our YouTube channel, or by clicking on the video below:

In other merchandise news, we found a new Hogwarts collection to deck you out in school spirit.

Or if you want to entice visitors to come to Hogsmeade, there is a new collection for that as well which includes a shirt, water bottle, keychain, and more.

And for fans of the newer Wizarding World films, these new pins and a keychains highlight some of the Fantastic Beasts seen in the most recent film, as well as the much beloved Hog’s Head Pub.

Even with Halloween still five months away, at Universal Studios the classic Monsters are timeless. Frankenstein’s Monster and his lovely bride are featured on these purses found at the in-park Production Central.

Inside the Studio Store, we noticed that the front-most section has been cordoned off as it is refurbished to accommodate more Super Nintendo World merchandise arriving soon.

Across the way at Feature Presentation, a smattering of new Super Nintendo World merchandise has already arrived to refresh the shelves. We took a spin through the shop to show you everything that’s new, and you can come along on our YouTube channel, or by clicking on the video below:

One of our favorite items that is newly released is this Super (Cute) Nintendo World mini backpack.

And each purchase is now bagged up in these new retail bags featuring art from the land, available only at this shop.

Checking in on some more Halloween Horror Nights construction, the Parisian courtyard has now risen above the construction walls, giving us a glimpse at what’s in store.

Grad Bash is starting to take over the park, with photo ops, DJ stands, and merch in the shops for day guests. These shirts have a matching hoodie that tie into the event art.

Guests can also have an award engraved on-site to commemorate their Grad Bash.

In Universal Plaza, a DJ booth and dance area are set up.

Off to the side is a Coca-Cola Party Zone, with tables and chairs.

A super fun photo op for Grad Bash is set up nearby at the edge of Universal Plaza, with a stack of books covered in doodles.

The front side shows where guests will have their picture taken as though they were in the yearbook of Grad Bash. The entrance to this was closed off for day guests.

One photo op that is not closed off is this great street art piece by The Producer BDB, located a the top of the StarWay.

The Special Effects Show, which still hasn’t reopened, is being used as a Silent Disco area for the event.

Halfway down the StarWay is another photo op, which they’re calling a Universal Moment.

The Lower Lot features another Universal Moment, with giant numbers for the graduating class’ year.

There is also another DJ booth nearby in front of Jurassic World — the Ride.

Checking in on Super Nintendo World’s construction, we can see that clouds have rolled in.

The towering spire has cloud platforms attached to the front side, and work is continuing on the castle in the center of the land. Take a close-up look at the state of the project on our YouTube channel, or by clicking the video below:

Also on the Lower Lot is the last of our Halloween Horror Night mazes to check in on.

The front is now labeled ALUCARD TRADING co. What could it mean? Drop your theories in the comments below. And if you’d like to check out all of these HHN construction updates and more, check out our video tour on our YouTube page, or click the video below:

While we were on the Lower Lot, we stopped in to say hi to this clever girl and snap some beautiful photos in the warm afternoon sun.

Nearby in Jurassic Outfitters, we found a few new pieces of merchandise from the upcoming film “Jurassic World: Dominion” as well as some legacy merchandise honoring dinosaurs of past films.

After all that walking and shopping, we had to stop in for a cool drink (or two) and some lunch at Cocina Mexicana. They recently debuted some seasonal drinks and we wanted to be sure to try them before they disappear. You can see our whole review of the new cocktails and one of the lunch platters on our YouTube channel, or by clicking the video below: