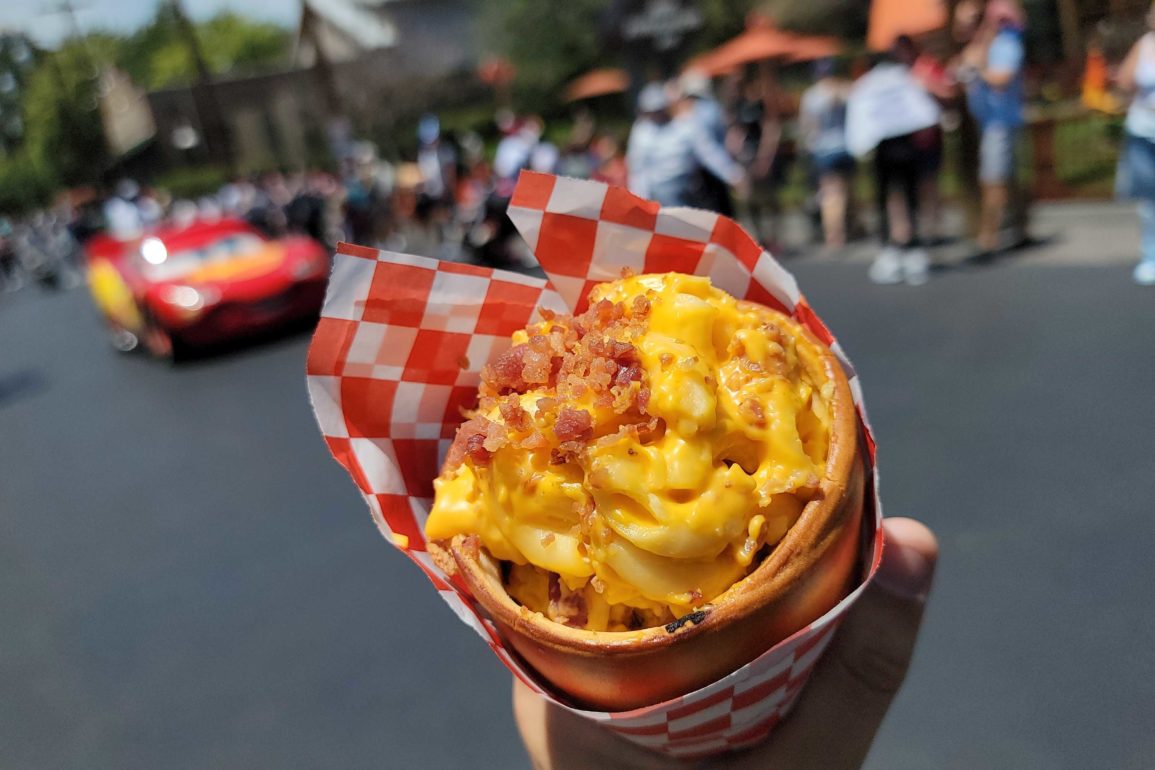 Looking for a handy new on-the-go snack on the way to Radiator Springs Racers? We were too, so we pulled on in to the Cozy Cone Motel in Disney California Adventure to try a rather interesting idea that almost calls to mind the classic Disney Handwich. We’ve seen this one before, and now it’s back again — the Bacon Mac ‘n’ Cheese Cone!

For a to-go snack served in a bread cone, this is a heavy dish. It isn’t something you want to eat and then go be active.

It’s not unpleasant but it’s not as good as some other mac and cheese offerings at Disneyland Resort.

The flavor is fine. It’s fairly plain, but the smoked bacon makes it much better.

Having a bread cone to eat after all the mac and cheese is almost a sardonic challenge, and would likely slow the diner down even further. Overall, the flavor was only okay and, being so heavy, it isn’t something we would want to get again if we had more places to go in the park.

Our reporter Charly gave a few more thoughts on this in our YouTube video review, which you can watch above.

Will you be trying the cheesy cone? Let us know in the comments.