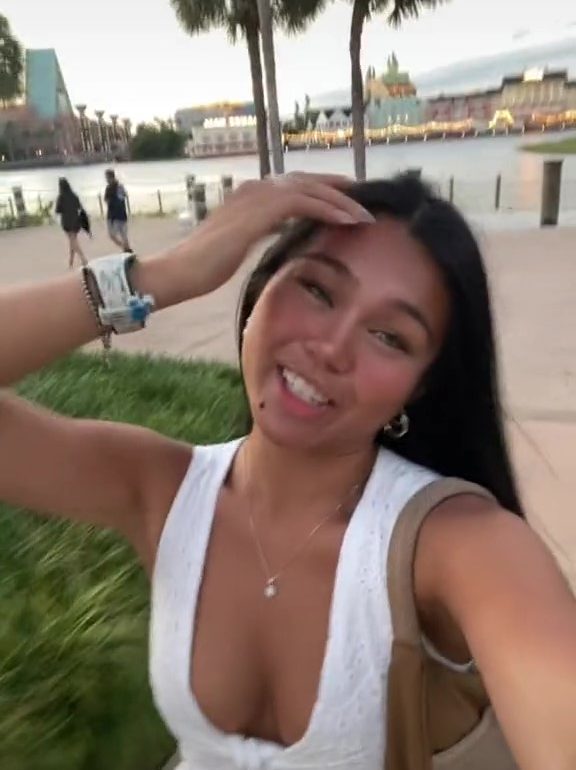 A popular new video on TikTok shows a Walt Disney World guest claiming her top violated the resort’s dress code and was asked to buy a new shirt to comply, according to Fox News.

User Nicole DeLosReyes uploaded the video. It shows her near Disney’s BoardWalk, saying, “Guys, it happened. I got dress coded at Disney, and I was told to leave or get a shirt, so we’re getting a shirt.” In the video, DeLosReyes wears a white low-cut (but not transparent) crop top tied in the middle. She later clarified, adding, “At entry I got stopped and was told they don’t allow tie front tops…wack. So I had to either leave and change or buy merch.”

The video, which has had over 1.3 million views as of the writing of this article, has garnered both support and criticism. One commenter pointed out that while she was asked to change her top, Ariel “wears a seashell bra” while meeting guests. Some noted that the resort’s dress code is readily available on their website, claiming she should have been aware of it. The dress code states that Disney reserves “the right to deny admission to or remove any person wearing attire that we consider inappropriate or attire that could detract from the experience of other Guests.”

Other users referenced another viral video from last year. In it, a guest claimed she found a “hack” to get a free shirt by wearing one that violated the dress code. DeLosReyes responded by saying “I didn’t do it on purpose. I don’t care for a free damn shirt, I just wasted a cute fit.” She mentioned that she was asked to purchase a new top, suggesting that the policy has changed since that video was released.