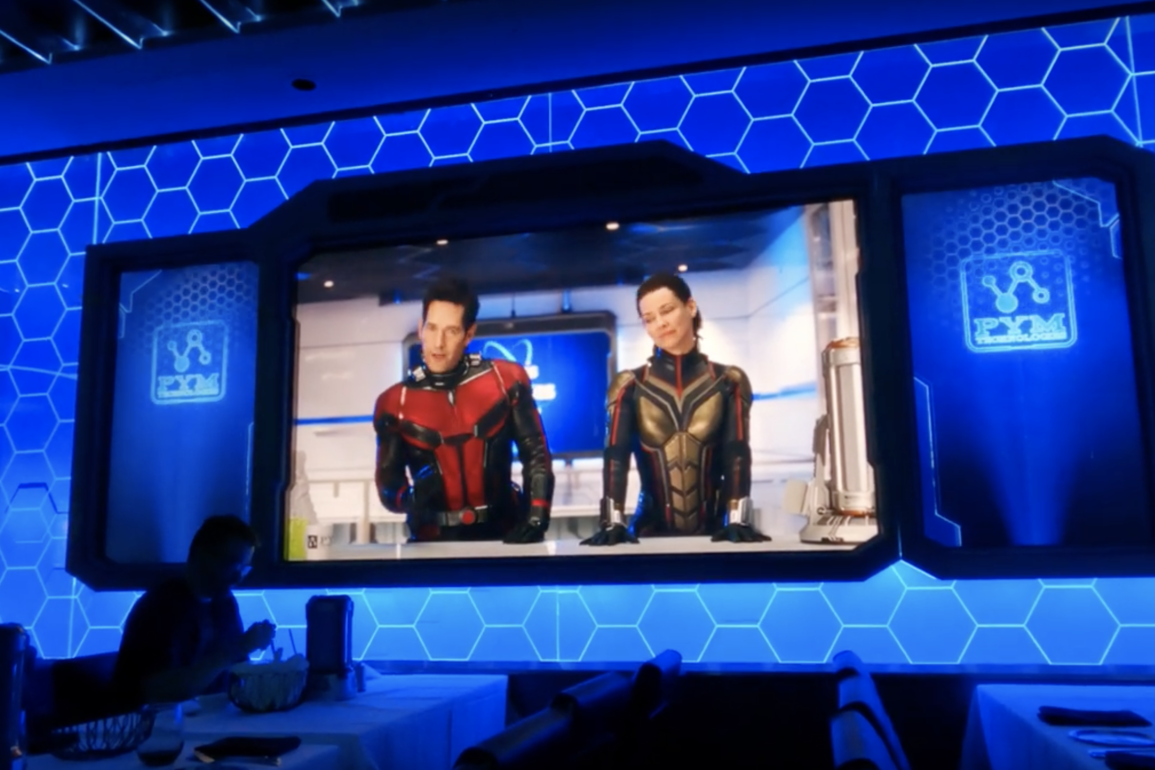 Ant-Man Finally Addresses Not Flying Up Inside Thanos and Blowing Him Up During Avengers: Quantum Encounter on Disney Wish

As previews continue on the Disney Wish, guests who find themselves dining at Avengers: Quantum Encounter aboard the ship find themselves greeted at the very beginning by Scott Lang and Hope van Dyne, better known as Ant-Man and The Wasp respectively. And immediately, in classic Ant-Man style, he launches right into addressing a fan theory about “Avengers: Endgame.”

In a video shared by Culture Crave on Twitter, Ant-Man, played by Paul Rudd as always, introduces himself and without missing a beat, launches into an explanation. “Let me address the elephant in the room,” he says. “I’ve heard a looooot of chatter out there asking why I didn’t shrink down, go in, and uhh… kill Thanos in a really creative way. First of all, gross. Secondly, it’s much more complicated than that. Allow me to explain…” before being cut off by The Wasp to get the actual story moving along.

In Worlds of Marvel, guests will experience “Avengers: Quantum Encounter,” an interactive show starring Ant-Man and The Wasp. As shown in the new photo, there are screens on the walls of the restaurant to show scenes from Marvel movies and scenes from the show that take place outside of the restaurant — like a giant seagull attacking the Disney Wish. Ant-Man and The Wasp will walk around the restaurant and visit guests at their tables. Each table will have its own Quantum Core, described as “a brand-new device that can cause objects to shrink and grow remotely.”

Let us know what you think of this theory in the comments below!