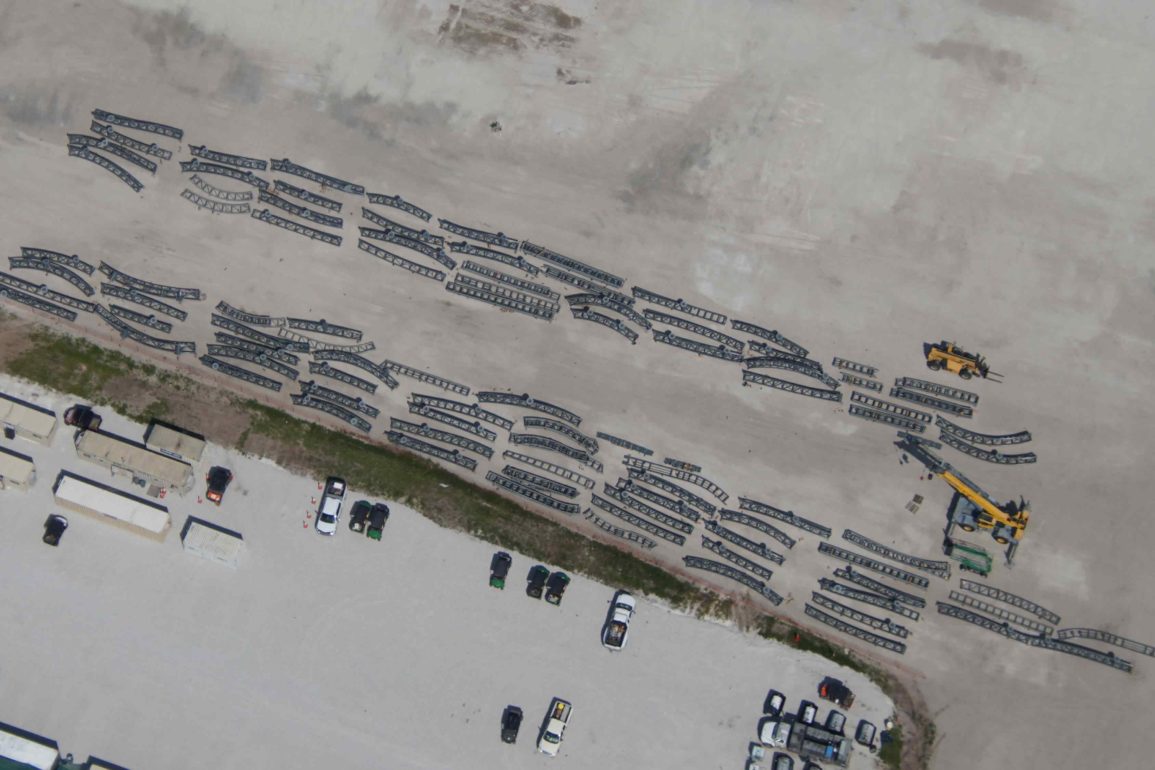 Bioreconstruct has shared more aerial photos of Epic Universe, the next Universal Orlando Resort theme park currently under construction. Epic Universe will house Florida’s version of Super Nintendo World, as well as a third Wizarding World of Harry Potter, a land based on “How To Train Your Dragon,” and a Classic Monsters land.

In this photo, bioreconstruct has labeled various areas of construction:

Several pieces of coaster track now sit in a staging area at Epic Universe. These tracks are likely for a “How To Train Your Dragon” coaster.

The coaster will go above and below guest areas, including through trenches. The photo above also features the fountain basin at the center of the park. The hotel will sit at the far corner.

Crews have dug a large circular basin for the fountain. A pond, or some other sort of small water feature, will be nearby, along with a carousel.

The Wizarding World of Harry Potter will be right next to the hotel and feature the Ministry of Magic. Right now, the Ministry is just steel supports and a section of roof.

A square is outlined on the ground in front of the building.

Another steel structure is under construction in the Classic Monsters land. The arrows in the photo above point to rounded and triangular concrete structures low to the ground.

The Donkey Kong coaster — coming soon to Universal Studios Japan too — is coming together. Yellow supports and track elements have been added to the coaster.

Yoshi’s Adventure is one of the few buildings fully enclosed at Epic Universe right now. Steel towers rise out of the top of it, and a wall sticks out diagonally from one side.

Epic Universe will also have a version of the Mario Kart ride featured at the other Super Nintendo Worlds.

What new land are you most excited to visit at Epic Universe? Let us know in the comments.