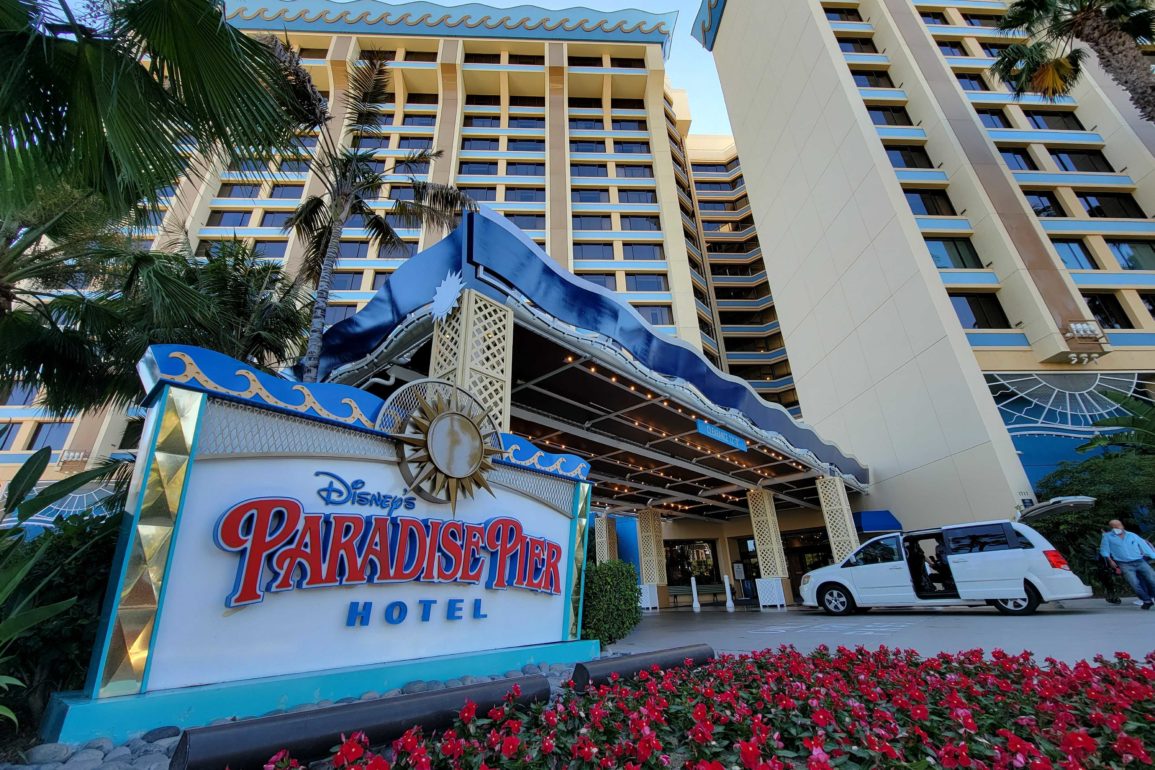 The decorative yellow suns have been removed from columns on the exterior of Disney’s Paradise Pier Hotel at Disneyland Resort. We saw work being done on the suns earlier in the month, and now it appears that was to remove them.

The suns were previously covering the clusters of white light fixtures visible in these photos.

They were on every column along the front of the building. Brown frames remain around the lights where the suns sat.

Silver suns remain on the corners of the porte-cochère and on the Paradise Pier Hotel sign.

Paradise Pier Hotel will be rethemed to the Art of Pixar, and the suns are set to be replaced with Luxo balls, as seen in the concept art below.

A timeframe for the retheming was not announced, only that it would happen “soon.”

Here is what some of the suns looked like just a month ago:

Check out concept art for the Pixar theming of Disney’s Paradise Pier Hotel.

Next
“Say It With Pride: Disney+ Celebrates Pride 365” Comes Out on Disney+ YouTube and Facebook This June 30