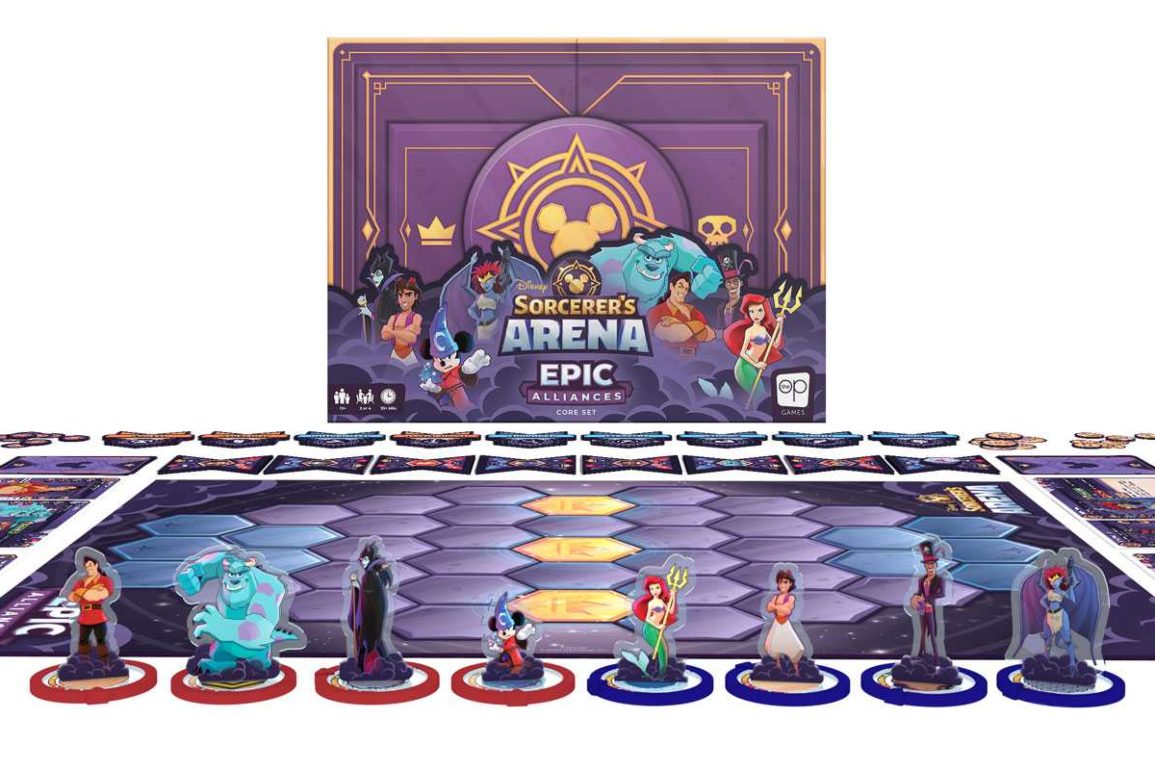 Players choose from eight iconic Disney and Pixar characters — Sorcerer Mickey, Gaston, Maleficent, Aladdin, Ariel, Dr. Facilier, Demona, and Sulley — each with unique abilities to strategize their every move and earn the most victory points. Recruit a fantastical battle-ready roster of Disney and Pixar heroes and villains, create powerful, unexpected alliances that provide endless replayability, and overpower your foes to win the ultimate Disney and Pixar battle royale!

More characters will be available in future expansion packs. You can order the tabletop game now on The Op’s site.

Will you be playing this tabletop version of Disney Sorcerer’s Arena? Let us know in the comments.