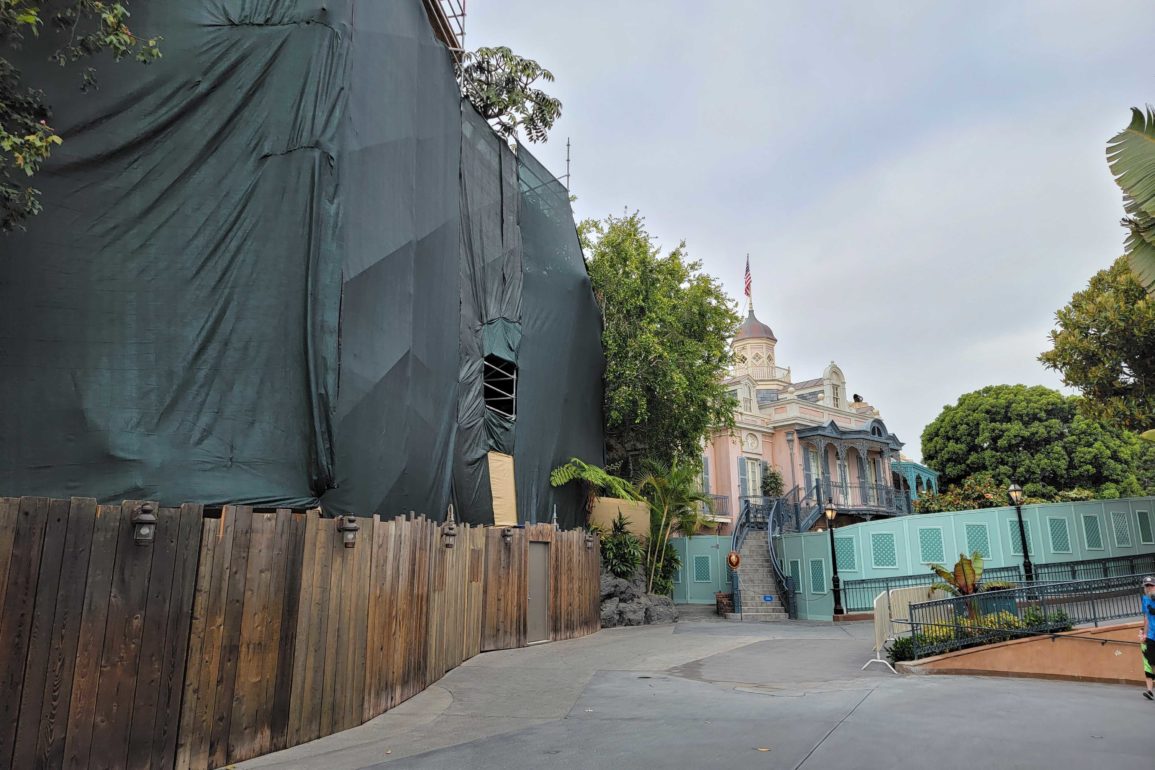 The entrance tree for Tarzan’s Treehouse has been fully removed, and construction walls have come down at Disneyland Park.

Most of the entrance had been removed a few weeks ago, but construction walls remained around the site of the former entrance.

Walls, scrim, and scaffolding remain up around the rest of the attraction, which is being rethemed.

With the entrance tree gone, the walkway has been opened up further to allow for better traffic flow.

A temporary fence is up next to this planter for now.

Disney has not announced a new theme for the treehouse, which originally opened as the Swiss Family Treehouse in 1962. It became Tarzan’s Treehouse in 1999. Rumor has it the attraction may get an “Encanto” theme inspired by Antonio’s treehouse bedroom.

How do you feel about the entrance tree being removed from the treehouse attraction? Let us know in the comments.

Next
PHOTOS: Every Item in the New Euro Disney ‘REMIX’ Collection, Now Available at Disneyland Paris