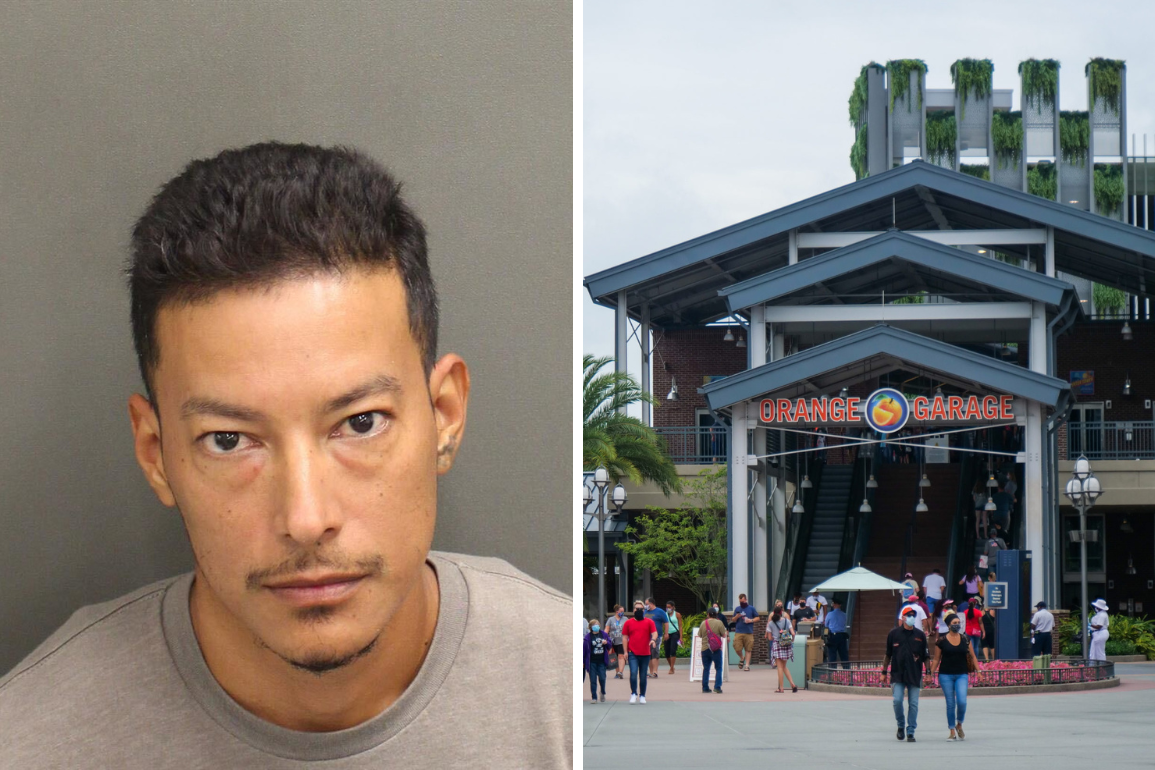 A 35-year-old Palm Beach County man was arrested after he was caught carrying a gun, two magazines, and 48 rounds of ammunition when he tried to enter Disney Springs last month, according to an Orange County Sheriff’s report.

Aaron Lopez was charged with carrying a concealed firearm, which is a felony, according to online Orange Circuit Court records.

Lopez was caught with a firearm when he tried to enter the popular restaurant and shopping complex through the Orange Garage on May 27. He set off an alert when he walked through Disney’s high-tech security detectors.

A Disney Security guard reported, “I told him I was going to search his bag and he told me he had a folding knife in his bag. I told him to show me the knife then I said I would have to search his bag. Still hasn’t put it on the table at this point. Then he proceeds to say, ‘Oh there’s something else in here besides a knife that I wanna put back in my car.’ He then promptly turned around and walked away.”

Lopez was trespassed from Disney and arrested.

Similar arrests happen regularly at Disney World where tourists and locals who don’t have concealed weapon permits forget they left a gun in a bag or don’t know Disney bans on weapons at its theme parks and properties.

Lopez didn’t have an attorney listed in Orange Circuit Court records. We reached out to him for comment.

Lopez said he had never been in trouble with the law before and he has a good job. He carries a gun for protection, he told WDWNT.

“It doesn’t matter where I am. I carry a gun with me at all times. I can be at a restaurant, I can be at Disney. I don’t care. I carry a gun at all times. Period. I don’t trust law enforcement… I don’t trust anybody,” Lopez said. “At the end of the day, it’s the second amendment. I’m allowed to bring it. The fact that Disney is a private place, and they don’t allow it, I think it’s kind of stupid.”