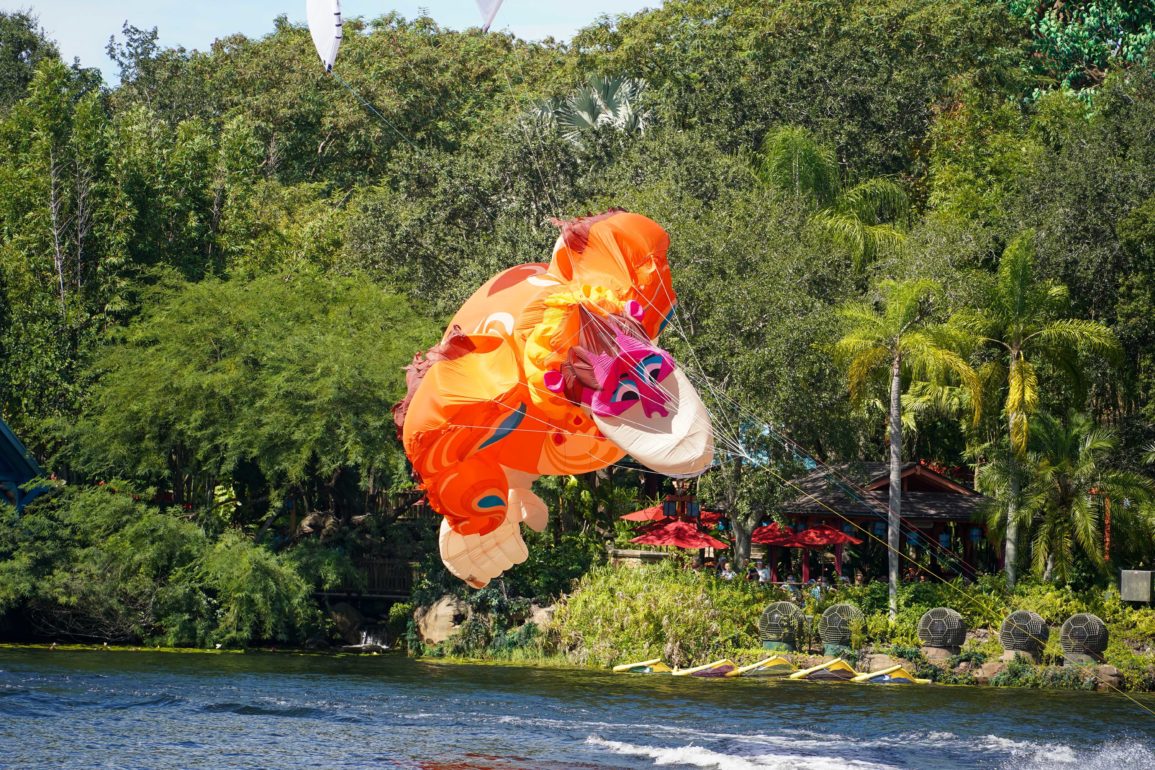 UPDATE 6/20/2022 5:30 p.m.: The original poster contacted us to let us know this video was taken in February and a different TikTok user reuploaded it. Their claim that it happened today has been verified as false. You can view the video, first released in May, on YouTube. The original article remains below:

TikTok user everythingdisney133 shared a video of the King Louie balloon kite being ripped during a performance of “The Jungle Book” version of Disney KiteTails at Disney’s Animal Kingdom.

In the video, King Louie, being pulled by a jet ski, collides with green walls next to the stands and his arm is completely shredded and torn off. It’s unclear at this time if this will affect future performances as Disney may (or may not) have duplicate kites.

Of course, KiteTails is known for crashing kites — so much so that a warning about crash landings was added to the show after it premiered last year.