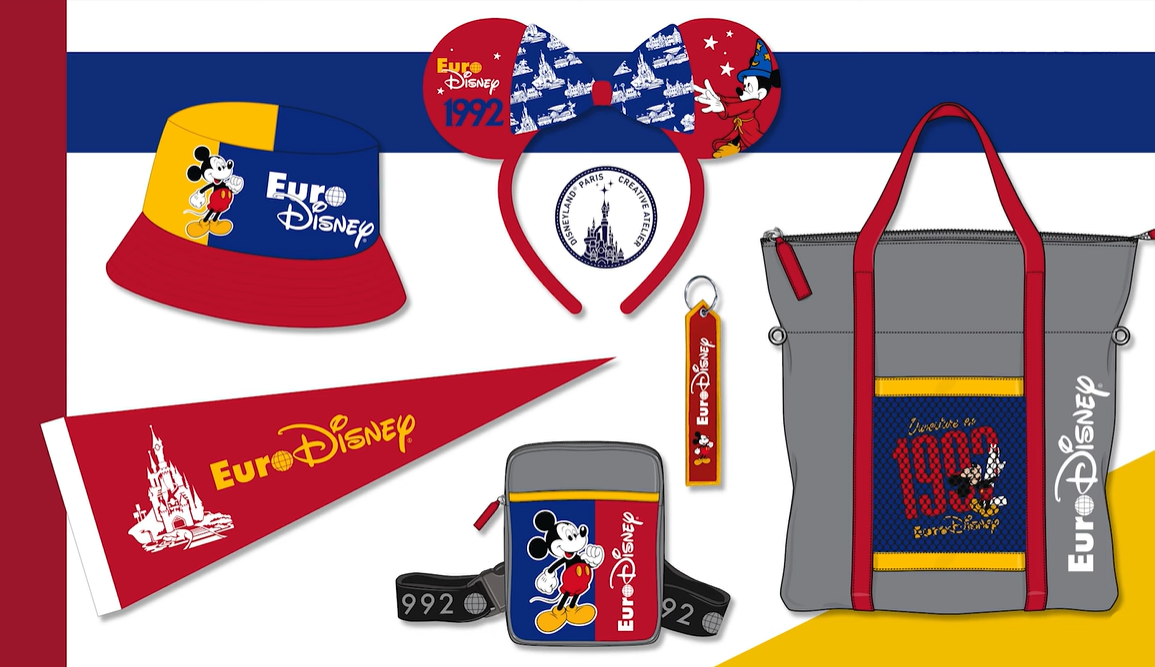 While some tees, a Spirit Jersey, an ear headband, and more have already been released as part of the Euro Disney “REMIX” collection at Disneyland Paris, more merchandise is yet to come.

There will be a yellow and blue windbreaker featuring Sorcerer Mickey on the back. A partial denim hoodie will feature Mickey in his red shorts painting “1992” below the Euro Disney logo.

An official Euro Disney album is also coming soon. The cover of the album features Sleeping Beauty Castle. Mickey, Donald, and Goofy fly through the sky on glowing stars.

Disneyland Paris opened as Euro Disney in 1992, so this merchandise collection is part of the ongoing 30th anniversary celebration.