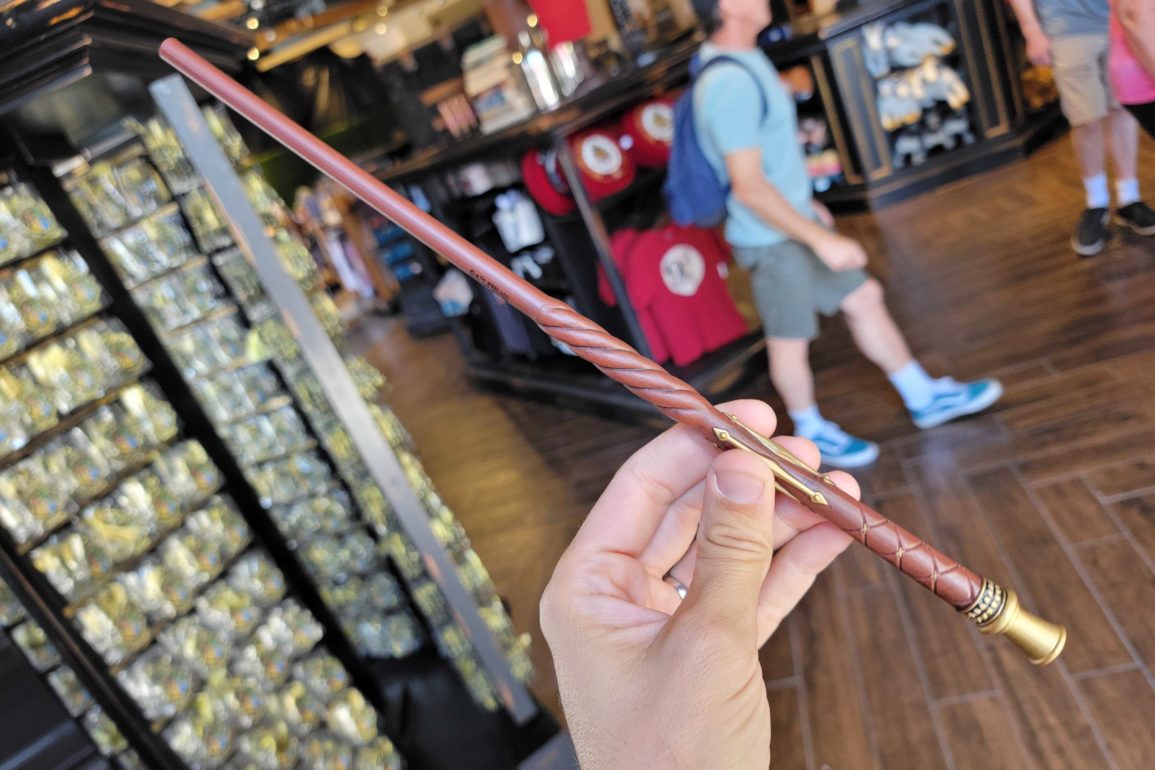 Any good wizard knows to carry their wand at all times, but if you’ve forgotten yours at home, Universal Studios Hollywood has two new interactive wands available.

This wand comes as the yearly addition to the Collector’s Edition wand series. Last year’s wand was inspired by potion-making — read more about the cauldron wand here! The 2022 wand is also available at Universal Orlando Resort.

A crosshatch pattern is carved into the handle, with a little golden “x” at most intersections.

The crosshatch and twist patterns are separated by slender golden accents as if the wand has been decorated with metal.

The newest character wand is inspired by that of Harry Potter’s father, James Potter.

The wand is light brown and carved with web-like designs.

The webs are darker than the rest of the wand.