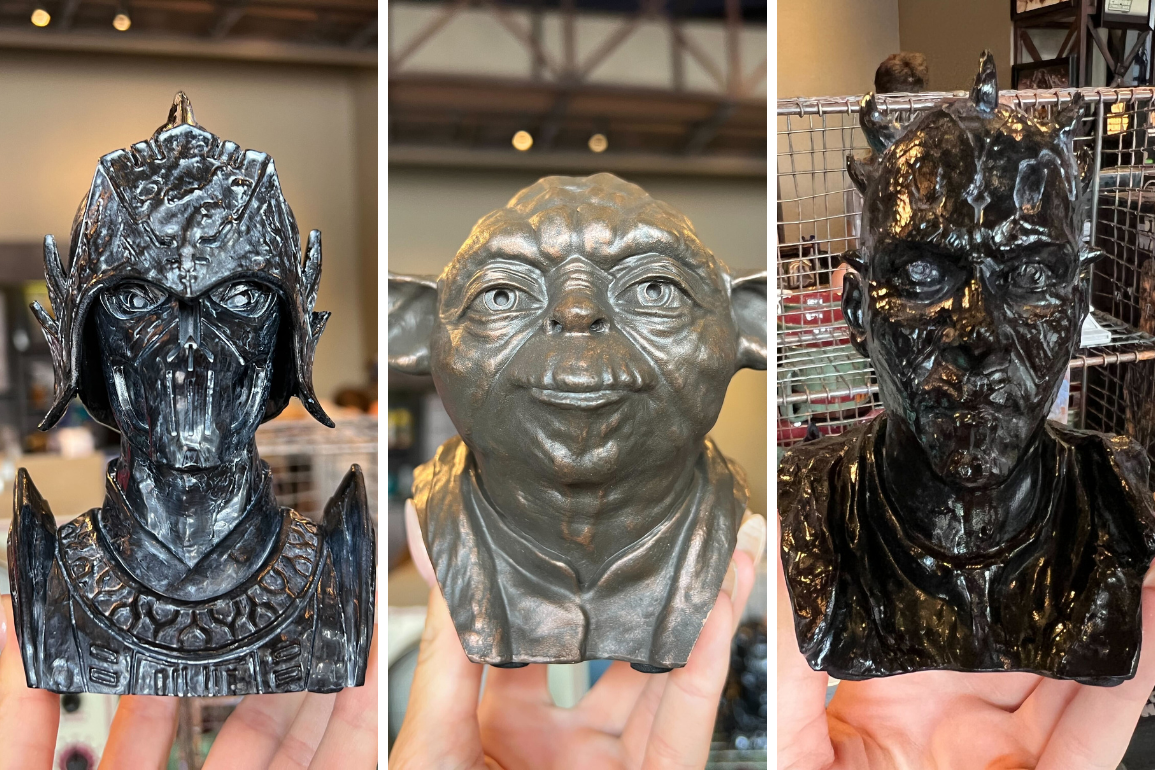 The tales of the Jedi and the Sith are ones of legend. Now, three faces from the past are immortalized in new busts at Walt Disney World.

First is Darth Bane, as seen in “Star Wars: The Clone Wars.”

Much like the one we saw in Disneyland, he wears an intimidating-looking helmet and a stylish top.

The metal is a shiny dark gray, adding to the eerie look of the bust.

Next up is the infamous Sith Lord, Darth Maul. He first graced the screen in “Star Wars Episode I : The Phantom Menace.”

His horns make him easily distinguishable, as the patterns on his skin aren’t terribly visible in the shiny black stone.

Finally, the Jedi are also represented with this bust of Yoda. He first graced screens in 1980 in “Star Wars Episode V – The Empire Strikes Back.”

His bust is a greenish-copper, evocative of his green skin.

We found all of these busts at Star Wars Galactic Outpost in Disney Springs.

Do you support the Jedi or the Sith? Sound off in the comments!