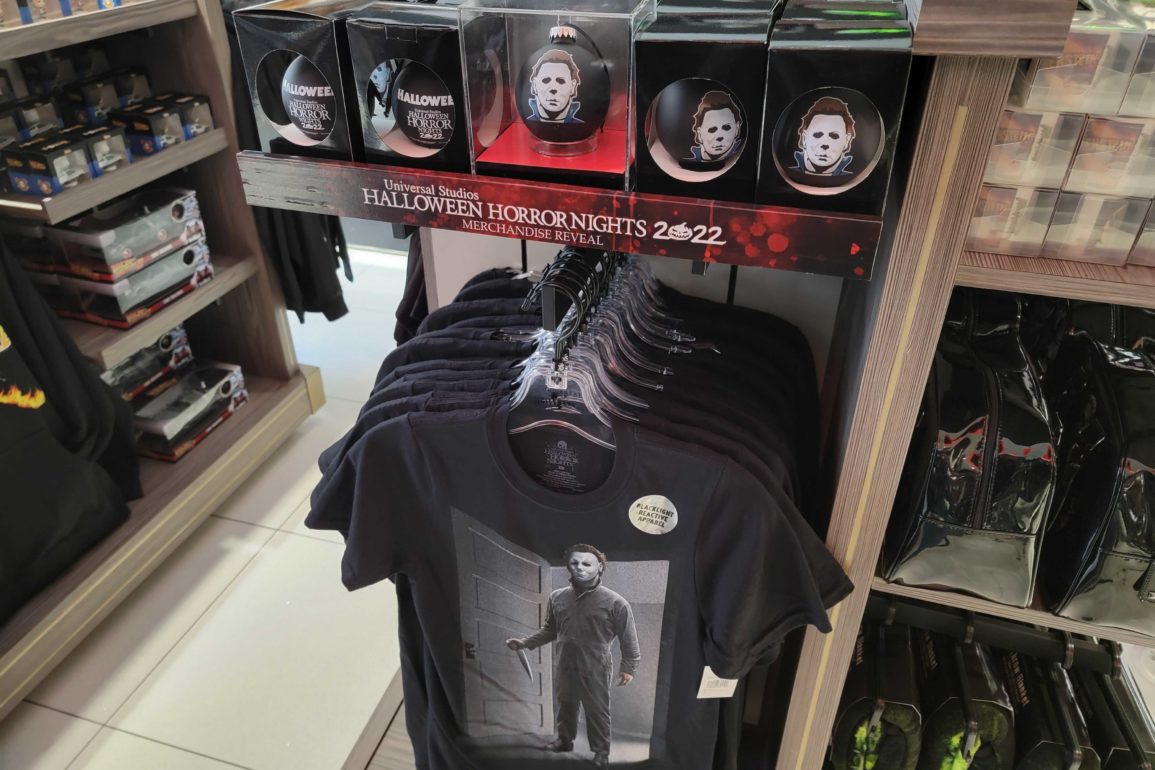 The horror of Haddonfield is coming back to Halloween Horror Nights. To mark the occasion, new merchandise themed to “Halloween” is available at Universal Studios Hollywood.

The collection consists of a t-shirt and ornament showing off the infamous, murderous Michael Myers.

The black t-shirt shows Michael lurking in a doorway, knife drawn for the kill. For an eerie touch, the print is ultraviolet, which glows under blacklight.

The back features the logo from the 1978 movie. The Halloween Horror Nights 2022 logo appears underneath.

Michael, wearing his infamous mask, appears on the black ornament.

The back features the movie and event logos in white.

This Halloween Horror Nights merchandise reveal was at Production Central in Universal CityWalk Hollywood. These items were also released at Universal Orlando Resort.

Which horrific house would you like to see next? Sound off in the comments!