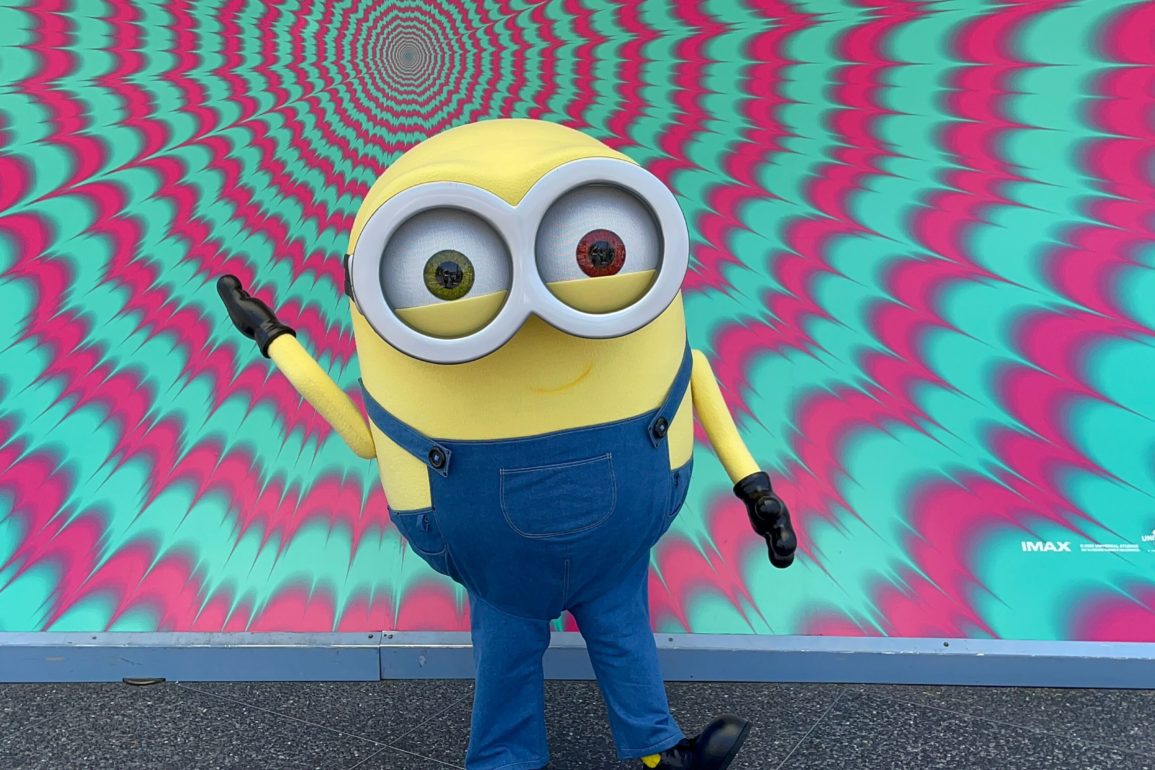 The Minions costume characters are getting a revamp at Universal Studios Florida. These quirky, yellow guys were spotted in their more detailed costumes at the “Minions: The Rise of Gru” meet & greet.

The updated costume is larger than previous iterations.

Their eyes are able to move as well.

Bob the Minion is ready to make some friends.

These new costume styles are a big improvement over the previous styles, which can still be seen at the end of Despicable Me: Minions Mayhem at Universal Studios Florida.

The previous Minions costume style was significantly smaller and more plush. The eyes did not move either.

Which style do you prefer? Let us know in the comments below!