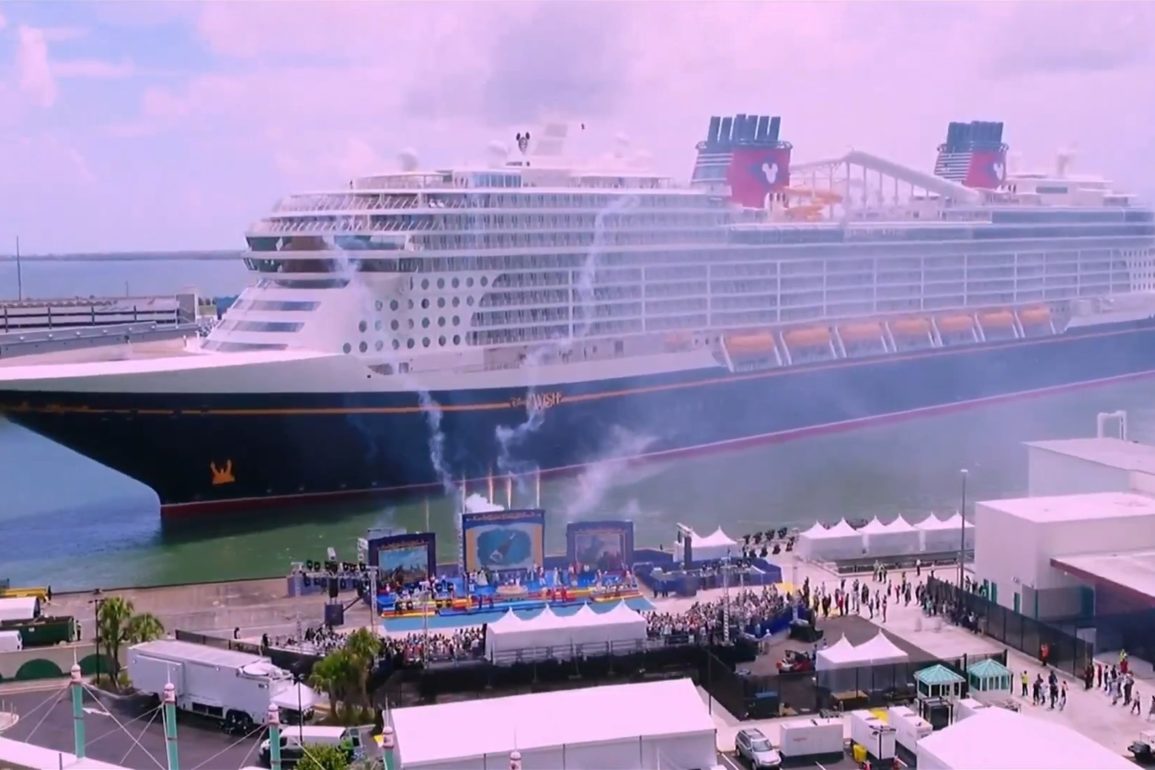 The Disney Wish christening took place this morning at Port Canaveral and was live-streamed online for all to watch. The ceremony opened with clips of Disney Cruise Line Cast Members stating their wishes for guests sailing on the ship.

The live portion was on a colorful stage with a storybook screen at the center, and two screens to the side.

The Disney Wish loomed over the stage on the dock.

Cast Members performed the new original song “Set Sail,” which will be performed during each voyage’s sail-away party.

Concept art and real video of the ship appeared on the screens.

Disney CEO Bob Chapek and Chairman of Disney Parks Josh D’Amaro thanked the cast and crew who worked on the ship — as it began to rain on them.

Thankfully, the rain cleared up quickly. Anika Noni Rose, the voice of Princess Tiana, then sang a medley of Disney songs.

Characters from “Star Wars” and Marvel entered, along with some Disney Princesses, Princes, and “Toy Story” characters.

They recited the ship’s blessing.

The ceremony was finished with another performance of “Set Sail.”

Will you be sailing on the Disney Wish? Let us know in the comments!