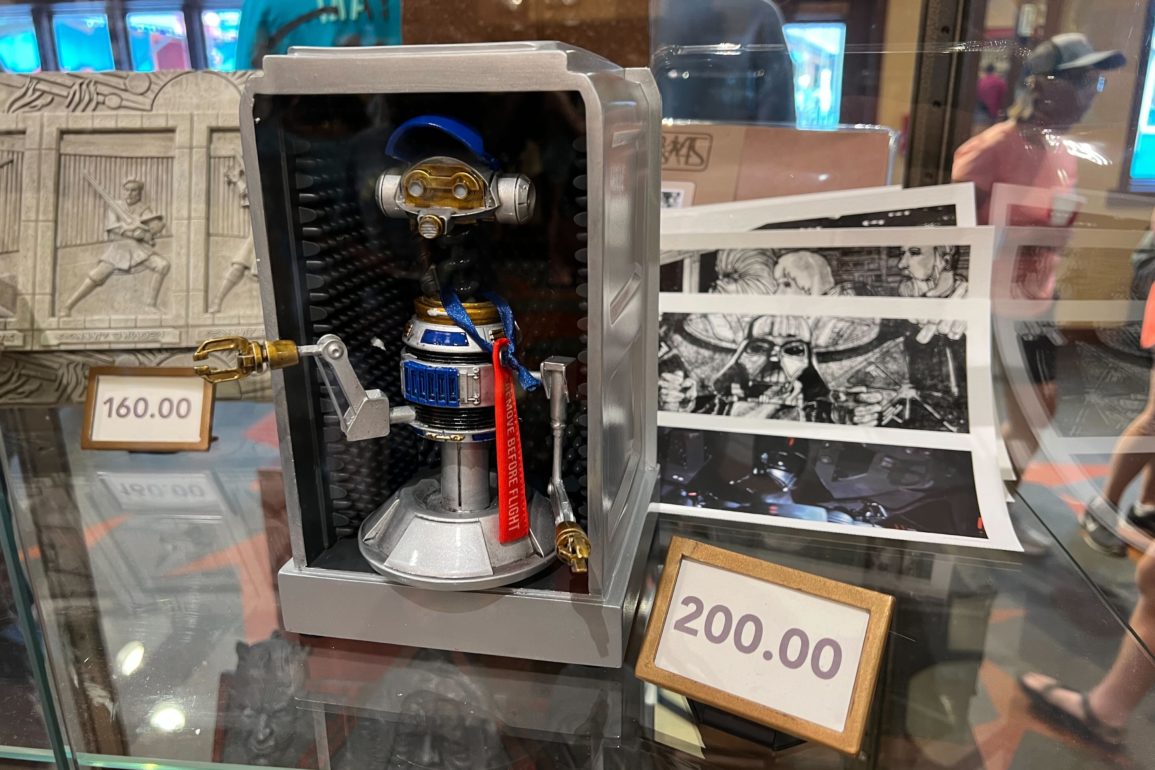 Guests can find the figure at Star Wars Trading Post in Disney Springs.

The iconic character from Star Tours is seen here in a little traveling case with his arms sticking out. He still bears his usual friendly expression that guests of all ages will remember.

RX-24 has light-up eyes and authentic character phrases, enabled by an on/off switch. He is a limited edition of 1,000.

Around his neck is a tag that says, “REMOVE BEFORE FLIGHT”.

RX-24 made his debut in the original Star Tours attraction, which ran from 1987 at Disneyland and 1989 at Walt Disney World through 2010. He referred to himself as Captain REX, and flew the Starspeeder 3000.

Stop by and see the Star Tours 35th Anniversary REX figure yourself at Disney Springs.

RX-24, now known as R-3X, can be found in Oga’s Cantina at Star Wars: Galaxy’s Edge. After crash landing on Batuu, he was given a new look by Mubo of Droid Depot and programmed as a DJ. See him in action in our video below.

Previous
REVIEW: New ‘Lightyear’ Ice Cream Cone Blasts into Swirls on the Water at Disney Springs But Fails to Land a Place in Our Hearts

Next
Couple Chooses Character Appearance Over Food for Guests at Their Disney Wedding, Leads Professor to Compare Disney to Religion