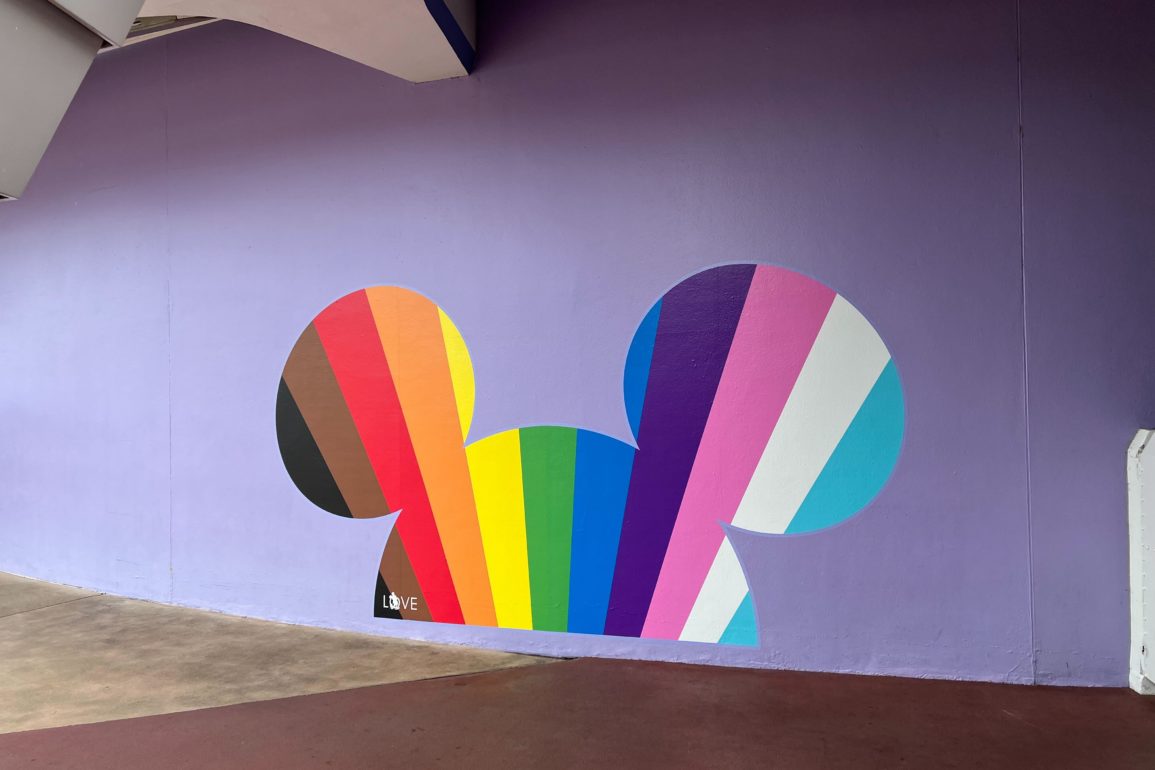 A Mickey-shaped progressive pride flag has been added to the Purple Wall in Tomorrowland at Magic Kingdom for Pride Month.

The giant pride flag is next to the Stitch Fab 50 statue, on the solid section of the Purple Wall. The decorated part of the wall remains intact.

The flag is shaped like a Mickey ear hat.

It is striped with the colors of the progressive pride flag, which LGBTQIA+ Cast Members pushed to be included in celebrations this year.

The original rainbow pride flag was created by Gilbert Baker in 1978. Baker included a pink stripe in the original design but it has since been mostly absent due to the limited availability of pink fabric in the 70s. In 2017, Philadelphia added the black and brown stripes. Seattle added the pink, white, and blue stripes of the transgender flag a year later. Daniel Quasar revised this version of the flag to put the new stripes in an arrow on one end, though Disney’s version does not incorporate the arrow design.

“Love” is in white at the corner of the Mickey head, with Mickey’s full-body silhouette in the “o.”